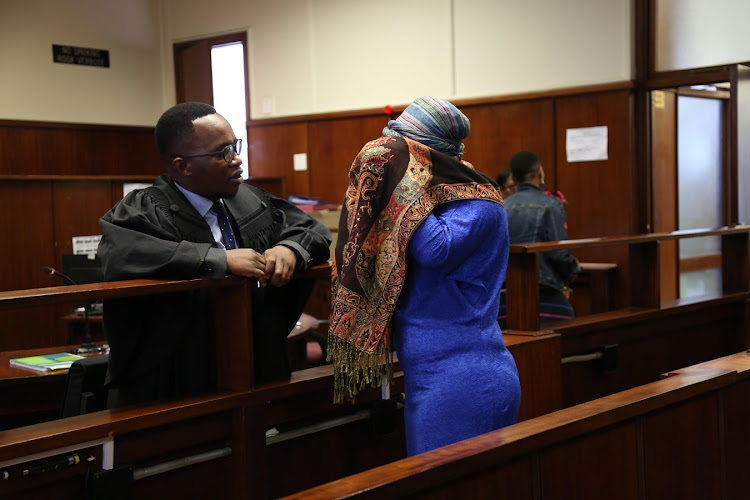 Baby Siwaphiwe – who made headlines after going missing in what turned out to be a faked hijacking – will stay at her paternal home‚ despite her mother being sentenced to time behind bars.

Social workers were ordered to asses the well-being of Sibongile Mbambo’s children‚ including Siwaphiwe‚ after she was sentenced to a jail term on Wednesday. Mbambo‚ 34‚ was sentenced to a five-year jail term after she pled guilty to charges of fraud and defeating the ends of justice for her role in the hoax kidnapping of her then one-month-old child.

The baby had been returned to Mbambo’s custody in December after spending nine months in crisis care following her mother’s arrest.

Sibongile Mbambo‚ the mother who orchestrated the fake abduction of her baby Siwaphiwe‚ has been sentenced to five years’ imprisonment.
News
3 years ago

In delivering his sentence‚ Durban Regional Court Magistrate Anand Maharaj directed social workers to conduct an immediate assessment of the living situation of Siwaphiwe and Mbambo’s three other children‚ who would remain in the care of their father.

Further to that‚ social workers were to conduct monthly assessments while Mbambo served her sentence.

Mbambo would be eligible for early release after serving 10 months of her sentence‚ at the discretion of the Department of Correctional Services.

The court had earlier heard that the faked abduction of the baby had been carefully planned to hide Mbambo’s extra-marital affair‚ and she had given the baby away to live in secret with the relatives of her lover.

The faked abduction of baby Siwaphiwe Mbambo had been carefully hatched by her mother - with the “kidnapped” child to forever live in secret with the ...
News
3 years ago

Social worker Lydia Watson had this week testified that during a consultation with Mbambo‚ the professional teacher revealed that she’d met lover Phumlani Mbokazi at a shop two months before she had fallen pregnant.

She feared that the physical appearance of the child would reveal that her husband was not the father.