Workers at Wits University down tools 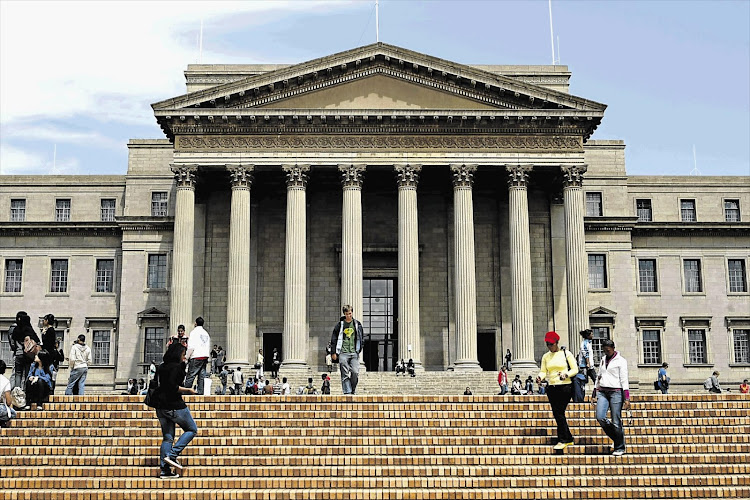 “The services at Wits are partially impacted but as from tomorrow (Thursday) 80% of the services will be affected as we have about 800 members from National Union of Metalworkers of South Africa (Numsa) who will be joining the protest‚” Madihlaba said. On Wednesday‚ Deputy Minister of Higher Education and Training Buti Manamela met with the UNISA management led by Vice Chancellor and Principal Professor Mandla Makhanya and representatives of Nehawu at Unisa offices in Pretoria.

Nehawu members had blocked the entrance with burning tyres.

First deputy president of Nehawu Mike Shingange said despite the intervention of the deputy minister‚ the strike would continue. “We have promised the management that the strike will intensify unless they show signs of resolving our issues. They say we don’t care about the plight of students but the student body SA Student Congress (Sasco) are standing with the workers. These are our children‚ they understand our problems. When the economy is not growing it leaves a big hole in our pockets. That is why we want an increase that will improve our buying power‚” Shingange said.

President of Sasco Avela Mjajubana said the struggle for free education was a struggle to uplift the working class and it should not be used to undermine the workers.

“Vice Chancellor and Principal Professor Mandla Makhanya thinks Unisa is his stokvel. If they don’t give what is due to workers on Friday‚ we will give the strike the energy that is needed. On Monday Sasco will pledge solidarity with the workers‚” Mjajubana said.

Manamela acknowledged that significant progress had been made in finding a sustainable solution to the strike impasse at the university‚ also noting that both parties had demonstrated a great deal of restraint and maturity and were moving closer to a settlement.