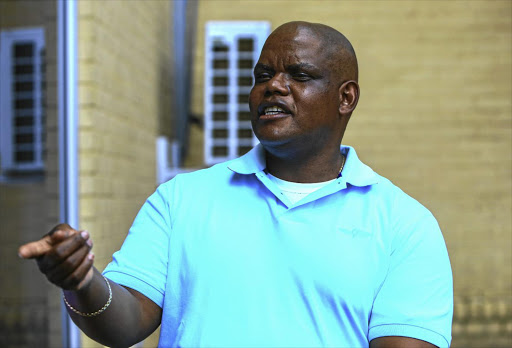 He denied it was a bribe earmarked for Phahlane‚ paid to him by businessman Keith Keating‚ whose company Forensic Data Analysis (FDA) has scored contracts worth more than R5bn from SAPS since 2010.

But an affidavit written by IPID boss Robert McBride this week says this claim is ridiculous. He questions why‚ if there was nothing to hide‚ the owner of the vehicles which were either sold or bought by the dealership was listed as “John Doe” and that all the files for the sales were missing. He says a clear link has been established between the alleged offences and what is in the warrant.

In December‚ Keating launched an urgent high court application to have IPID and Hawks raids on the properties of his company and staff declared illegal.

Keating claims that search and seizure warrants were illegally obtained‚ were littered with errors and were designed to close his business down. He also questioned why police used private forensic lawyers to assist them in their operation.

Keating and FDA are being investigated for allegedly paying kickbacks to Phahlane via a second-hand Pretoria car dealership and international bank accounts in return for being awarded tenders.

A covert crime intelligence agent’s arrest for allegedly looting a multi-million rand police secret slush fund has the thrown the spotlight on ...
News
3 years ago

Keating claims that he has a longstanding relationship with the car dealer‚ Durand Snyman.

The kickbacks allegedly saw Phahlane and other officers‚ involved in the alleged scam‚ either being given free luxury vehicles or being sold cars at far below their cost.

Police officers involved in procurement processes‚ when trading in their cars to the dealership‚ were also allegedly paid more than what their vehicles were worth.

Keating failed to respond to queries from TimesLIVE on McBride’s affidavit or requests for an interview.

The raids were part of a larger corruption‚ racketeering and money laundering investigation into Phahlane and senior police forensic and procurement officials.

McBride‚ in his affidavit‚ described the allegations as incredibly serious‚ “involving the highest levels of the police”.

In response to Keating’s urgent high court application‚ McBride described the challenge to the raids as something that “is to be expected.

“There is a concerted effort to conceal the alleged criminal conduct by any number of means ... This [high court] application is clearly a delaying tactic.”

He said the evidence seized was clearly incriminating against those implicated.

The former head of the police crime intelligence service in the Free State was arrested and appeared in court on Thursday for allegedly protecting ...
News
3 years ago

“They provide direct evidence in relation to the alleged offences.

“The fraud and the corruption involve not only persons whose positions exist exclusively to serve the public‚ but also involves very substantial funds that were utilised for purposes entirely anathema to the public interest for which such funds were intended.”

On Keating’s assertion that the raids were designed to shut FDA‚ McBride said the business was “dependent for its survival on the proceeds of the alleged offences.

“He [Keating] should be prepared to face the consequences of his actions‚ including the potential negative impact on his business and its employees.

“A clear link has been established between the alleged offences and what is in the warrant.”

On the use of private forensic lawyers‚ McBride said they were used to identify specific documents and to provide advice.

South Africans still reeling from the damning revelations coming out of the Steinhoff scandal are having to wrap their heads around another doozy.
Ideas
3 years ago

He questioned Keating’s assertions that money paid to the car dealership was because he was purchasing a tractor‚ trailer and game‚ “for which there is no permit”.

“The payments of over R1-million made from Snyman’s Windhoek bank account are suspicious and support the allegations. The source of the funds is the subject of the investigation with no supporting documents for the payments.”

McBride questioned why‚ if there was nothing to hide‚ the owner of the vehicles which were either sold or bought by the dealership were listed as “John Doe” and that all the files for the sales were missing.

“Mr Keating and Mr Snyman are more than welcome to explain their financial transactions and dealings as part of the further investigation.

“It is telling that Keating and Snyman do not attempt to explain all their dealings‚ but rather choose to make vague unsubstantiated allegations in a clear attempt to muddy the waters.”