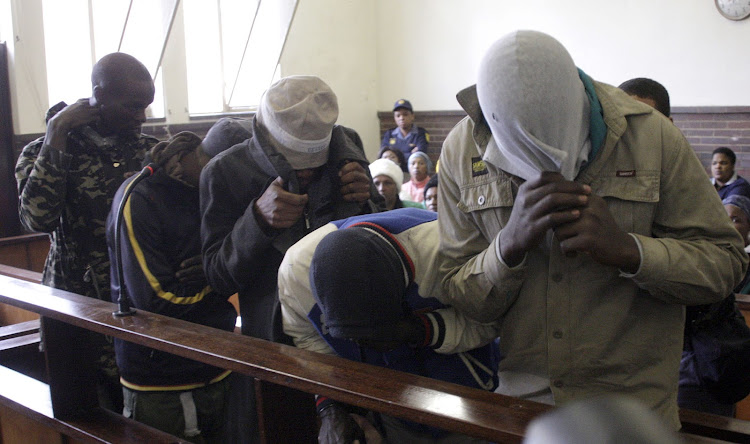 Four men at the centre of a an alleged “cannibalism” case made a brief appearance in the Estcourt Magistrate's Court on Thursday.

Lungisani Magubane‚ Khayelihle Lamula‚ Nino Mbatha and Sithembiso Sithole have been remanded in custody‚ with previous bids for bail either abandoned or refused.

They face charges of murder‚ attempted murder and conspiracy to commit murder.

The grisly story broke in August when Mbatha‚ a traditional healer‚ walked into the Estcourt police station to report that he was in possession of body parts and was tired of being forced to eat human flesh.

The incident led police to Mbatha’s home in Estcourt‚ where more body parts were recovered. The case was soon taken over by the SAPS Occult Crime Unit.

Seven men were arrested with charges withdrawn against three of the men due to insufficient evidence.

The hearing of the matter has previously been delayed by forensic evidence‚ which would see a range of different human body parts identified and then linked to disappearances using DNA. The men made a brief appearance before the matter was adjourned. They are expected back in court on February 27.

Two men accused of eating human flesh in the vexing "cannibals" case that has gripped KwaZulu-Natal were refused bail during a brief appearance at ...
News
4 years ago

Two men accused of eating human flesh in the vexing “cannibals” case that has gripped KwaZulu-Natal were refused bail during a brief appearance at ...
News
4 years ago

We will eat you - 'cannibal' accused