This is how Cape Town's water collection points will work 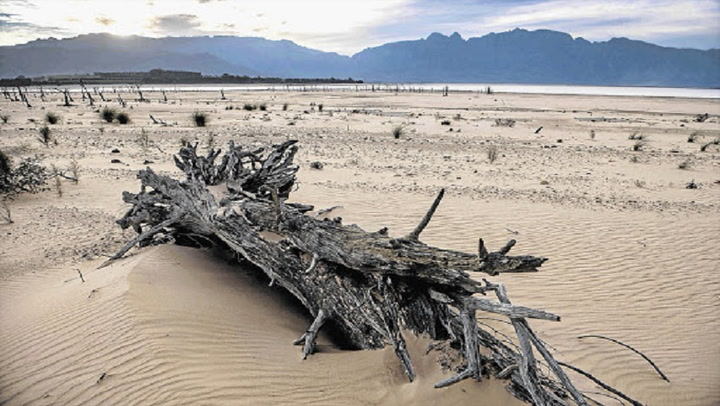 Resident Gershwin Williams took a drive around Cape Town and surrounding areas on Tuesday, January 23 2018 to showcase how much water is wasted in the metro which is currently experiencing a severe water shortage.
Image: Gershwin Williams

Save water or queue for water: that was the blunt message to Capetonians at a city council Day Zero briefing on Sunday.

City officials said 200 points of distribution‚ or pods‚ would be activated when dam levels — currently 27.2% — reached 13.5%. Each individual would get an allowance of 25 litres a day.

Director of safety and security Richard Bosman said the water supply to residential areas would be reduced or cut off in an attempt to stretch the remaining water for as long as possible and minimise the impact on human life and jobs.

The pods would be equipped with toilets and refuse management facilities because queues were expected to be long‚ he said. And bulk water supply would be made available to organisations delivering to the vulnerable.

“We have been approached by organisations wanting to deliver water to old-age homes‚” Bosman said.

Pods would operate for 12 hours‚ though the hours would be extended if there were still long queues. “We are revisiting our position on (not cutting off) informal settlements‚ especially where there is large-scale abuse‚” he said.

The mayoral committee member for safety and security‚ JP Smith‚ said: “We are entering a phase where we are entering the real possibility of a Day Zero. If we get to a Day Zero scenario we will handle it confidently. Queueing will be unpleasant but we handle our disasters smoothly in the city.”

Smith said no one would be turned away from a water distribution point. Residents would be able to collect water as proxies for those unable to make it‚ but there would be an individual limit of 100 litres.

Smith said 20 safety officials would be present at low-risk collection sites and up to 70 at those classified high risk.

He added that water in industrial and commercial areas would not be switched off.