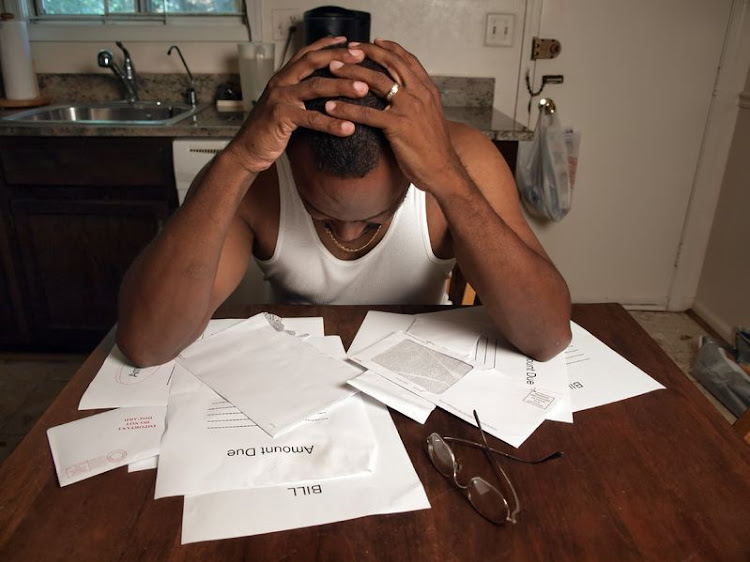 The coal entrepreneur has launched his latest venture which will see him pay ordinary South Africans’ bills.

Starting off small‚ Van der Burgh will pay the debts of three families in a campaign called Act of Generosity.

The idea was birthed from the philanthropist’s desire to do more‚ the current financial crisis in the country and pleas from people on his social media pages to assist.

“It’s an old saying that you can make all the money in the world but you can’t take it with you. You can have all the success in the world‚ but I don’t feel fulfilled and that I’ve done enough. I haven’t helped enough people and I believe I need to make that change‚” said Van der Burgh.

Last year‚ thousands submitted their stories on the Quinton van der Burgh Foundation website. A professional team‚ together with Van der Burgh‚ initially selected three beneficiaries whose bills will be paid and who will have access to financial experts to help them stay out of debt.

We will deal with consumer debt‚ says Msimanga

Tshwane executive mayor Solly Msimanga says his administration is coming up with solutions to deal with inefficiencies and serious levels of consumer ...
News
4 years ago

Nqobizitha Dhlamini is an 18-year-old student who lost his hearing in both ears when he contracted meningitis at the age of 9 months‚ His mom‚ Evelyn‚ was researching foundations as part of her own charity work and came across the Quinton van der Burgh Foundation and the Act of Generosity initiative.

As a single mom of three‚ Evelyn was under immense financial strain to the extent that she would alternate between which of her children’s school fees she paid a month. Nqobizitha’s school is in Rosebank‚ north of Johannesburg‚ and they live in Centurion.

“The burden was getting so much‚ I spend about R2‚500 just on transport. Sometimes I was sacrificing school fees for transport‚” Evelyn said. Van der Burgh will be paying Nqobizitha’s school fees for the next two years‚ his transport costs for a year‚ their rent and for top of the range hearing aids to the value of R80‚000.

“It means a lot to me. When my mom told me about the story she wrote‚ it didn’t make an impact on me but now it has inspired me. I always knew my mom was suffering‚ but I didn’t know that it was because of me. Life as a deaf person is not easy and it hasn’t been easy for my mom‚” Nqobizitha said.

- 3 families bills to be paid:

The philanthropist will also be restoring David Motswagae’s house to the tune of R100‚000. The 37-year-old father of four has been battling to fix the home he built after tornados caused damage to the ceiling.

For 30-year-old Jacqueline Motseothata‚ an account manager suffering from keratoconus‚ a disorder that results in progressive thinning of the cornea‚ it is the gift of sight which Van der Burgh will restore. He will pay for her eye tests for a year and her contact lenses.

For some the philanthropic image is a far cry from the savvy business man and perceived playboy image. But the mining mogul who was first garnered the “playboy” image from a reality drama series he produced maintains that he has never been a player.

Van der Burgh was the creator of the TV series Clifton Shore‚ which was syndicated in the US.

“That perceived playboy image came from the TV show and some media who misunderstood what it was about. Those women all worked for me and I had a girlfriend at the time. But those who know me‚ know that it’s never been my reputation‚” Van der Burgh said.

Many a business contract contains a paragraph‚ buried deep within the small print‚ which essentially says that nothing a salesperson may have told ...
News
3 years ago

With over 35 companies it’s difficult to imagine that he started selling phones from the boot of a car or that at 18 years old his first business failed. This failure served as an important lesson in sustainability.

His Act of Generosity campaign and his other projects have a strong focus on sustainability. While he takes pride and insists on being actively involved in every venture‚ once it’s set up and functioning Van der Burgh wants it to be self-sustainable.

“There’s not enough focus on upliftment and sustainability‚ you can’t just give somebody something and then expect them to get out of debt with just a handout. The struggles that I’ve had to go through made me who I am. Doing this is making me the happiest guy alive. Very few South Africans can afford to do this…I want to be physically involved‚” Van der Burgh said.

In addition to paying bills‚ Van der Burgh‚ through his foundation is also building water wells. He said his water project was very important because by 2025 an estimated one billion people will live in areas plagued by water scarcity and two thirds of the world’s population will live in water stress regions.

Next month the foundation will be building its first well in Limpopo; this will mark the organisation’s first move towards establishing South African projects.

“In the last couple of years what stuck out for me is that I’ve had a lot of success but I don’t feel like I’ve done enough. It’s easy to give money to people‚ but what are you doing to make a change in somebody else’s life? That is what this is about; I’m trying to create a movement‚” said Van der Burgh.

Doing this from “the goodness of my heart” and funding these projects himself‚ the entrepreneur said he was fulfilled because he was living his purpose.

“I was raised in a Christian home and always thought I’d preach…there was a time where I had businesses but had no purpose‚ now I have a purpose. I was born with a gift for business‚ I’m humble‚ approachable and people trust me. My handshake is honourable. I’m grounded and thorough in my approach to business‚ I’m OCD and proactive in business‚ that’s what makes me successful‚” said Van der Burgh.