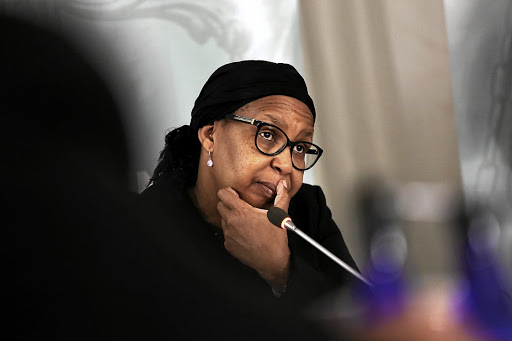 Former Gauteng health MEC Qedani Mahlangu has described her appearance before the Life Esidimeni hearings last week as “the worst week of my life”.

“I don’t wish it on anybody‚ even on my worst enemy. I hope my piece of evidence and appearance would help the families to find closure and Justice Moseneke to achieve the objectives they were set up for‚” Mahlangu said on Power FM on Sunday.

She said her decision to resign after reports of the deaths of mentally ill patients who had been moved from Life Esidimeni homes to various ill-equipped NGOs‚ was her way of showing remorse.

“It was not my intention and I doubt the officials I worked with‚ it was their intention. We were all talking in one voice that it was not our intention to kill people. It was just unfortunate that execution did not go right.”

Mahlangu said she was fed lies about the state of the NGOs and that she only realised at a very late stage that things had gone “horribly” wrong.

“I tried my best…I am still trying to connect the pieces‚” she said.

Commenting on reports that some of the families whose relatives died wanted her to go to jail for the Life Esidimeni tragedy‚ Mahlangu said: “I believe the laws apply to all of us. I will cross that bridge when I get there. I thought resignation was enough to say I am sorry. I resigned after looking at all the facts that were presented to me.

“I don’t know how many times I am expected to say I am sorry and express remorse. I will do my very best to apologise.”

Mahlangu said her department cancelled the contract with Life Esidimeni for a number of reasons‚ including cutting costs and the “deinstitutionalisation” of mental health patients.

Instead of passing the buck, Mahlangu should give a full, honest apology

The former Gauteng MEC is showing her arrogant, uncaring side in Life Esidimeni hearings
Opinion & Analysis
4 years ago

The Gauteng health department has asked mental health NGOs to check whether they are giving care to people on a list of 62 missing Life Esidimeni ...
News
4 years ago