Watch out for that brewery water‚ Muslim council warns 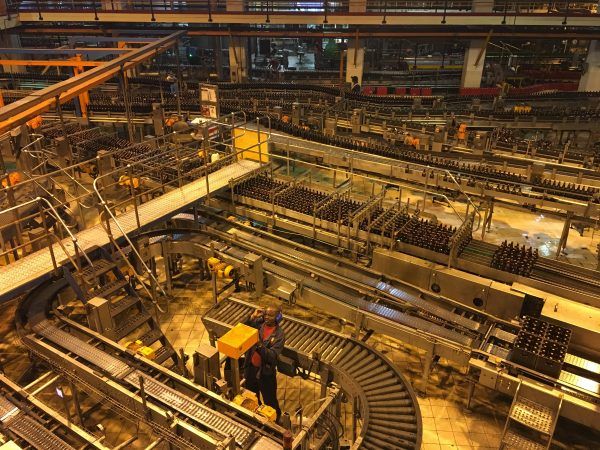 SAB indicated it had agreed with the Western Cape government to produce and distribute 1-million cases or 12-million bottles of water to the province to "help alleviate the water crisis".
Image: SAB World of Beer ‏via Twitter

The Muslim Judicial Council has encouraged Muslims to steer clear of free water that will be distributed in beer bottles by South African Breweries.

The faith-based organisation denied reports that it had declared the SAB water not halaal‚ adding it was investigating what to do when taps run dry on Day Zero.

"We encourage Muslims to find alternative sources of water because these alternative options do exist for now‚'' the head of communications at the MJC‚ Mishka Daries‚ said in a statement.

"Should we reach Day Zero and water is less available a fatwa (Islamic legal verdict) will indicate the way forward. The fatwa is being researched as we speak and a conclusion will be reached soon."

Deputy President Cyril Ramaphosa says he will gather a team of “many people” to find as many ways as possible to make sure that people of Cape Town ...
Politics
3 years ago

In Islam the consumption of alcoholic beverages is prohibited.

For years people have collected water from a spring at SAB's brewery in Newlands. But as Day Zero draws closer‚ queues are becoming almost unmanageable as Cape Town battles a crippling drought.

SAB then indicated it had agreed with the Western Cape government to produce and distribute 1-million cases or 12-million bottles of water to the province to "help alleviate the water crisis".

After the MJC's call on Muslims to find alternative water sources‚ people took to social media.

Ashiek wrote on Twitter: "This is the most ridiculous thing I've ever heard. There is no rational reason for this decision. Water‚ even if bottled in a brewery could never be classified as intoxicant. This displays such a desperate lack of leadership from the MJC in a time of crisis.''

According to SAB‚ the water will be sourced from the spring and will be made available in 750ml brown bottles which are known as quarts. It will be labelled in a ''clear and unique manner to ensure that the bottles cannot be confused with beer''.

The bottled water will be made available on Day Zero only.

The company assured the public that the bottles are "rigorously cleaned and sterilised''.

"We are in the process of engaging with the Muslim Judicial Council too and will be inviting them to visit Newlands Brewery and hopefully certify that this emergency relief meets the requirements of Cape Town’s Muslim community‚ which we are deeply respectful of. Community members can still collect water directly from the Newlands Spring collection point based on site at Newlands Brewery. This water comes directly from the Newlands Spring and does not pass through SAB’s Brewery‚'' a statement to TimesLIVE read.

Cape Town Cycle Tour - how water will be saved

The Cape Town Cycle Tour will add two million litres of water to the city’s local water grid to offset the water footprint of an estimated 15‚000 ...
Sport
3 years ago

Cape Town risks having its municipal bonds cut to junk by Moody’s because of its water crisis.
News
3 years ago

Don’t panic‚ together we’ve got the water crisis under control.
News
3 years ago