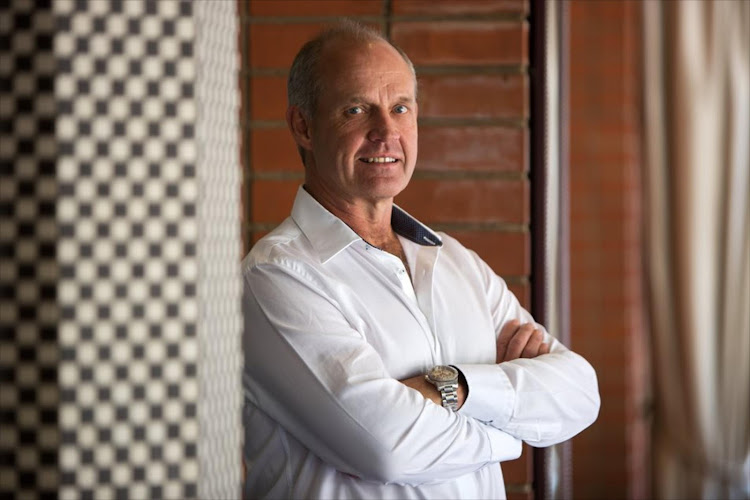 Capitec Bank chief executive officer Gerrie Fourie has fired back at the Viceroy Research Group‚ accusing it of being one-sided and having a profit motive behind its latest report.

This follows after Viceroy‚ a US-based fund manager that identified failings in the financial management of the Steinhoff group‚ accused Capitec of‚ effectively‚ being a loan shark and claiming that its model is not sound.

"What we are actually stating is that there are a lot of facts and figures that they are mentioning that we don’t understand and we disagree with‚" said Fourie‚ speaking on Bruce Whitfield's The Money Show on Radio 702 on Tuesday evening. "They say our capital advance is overstated with R2.5-billion to R3-billion [and] if we do a full recon we don't get to their numbers. So we are struggling to understand their numbers."

Fourie added: "We have a very open and transparent relationship with media and there's always two sides of the story. We believe they published a one-sided story without consulting with us or getting the facts and figures from our side or understanding our financials better.”

In their report‚ Viceroy said it believes that Capitec was "approving loans to delinquent customers" in order to assist them in repaying existing loans‚ and "engaging in reckless lending practices".

What we are actually stating is that there are a lot of facts and figures that they are mentioning that we don’t understand and we disagree with.

During a media briefing earlier on Tuesday‚ the CEO revealed that Capitec has instructed its lawyers to lay a formal complaint with the Financial Services Board after what it called a “flawed and inaccurate” report. The publishing of the report led to a massive sell-off in Capitec’s share price, although the share has since largely recovered.

Viceroy's report said that its analysis pointed to predatory lending practices by Capitec‚ where clients would be pushed to take out new loans to pay off the old ones‚ while being charged initiation fees and incurring other costs.

"I think what Viceroy is saying is that we are asking for an additional initiation fee or any other income from rescheduling and we've always said rescheduling is important… we've got very strict rules on it and we assess and make adjustments and you'll see that rescheduling has actually come down in the last year or two‚" Fourie told Whitfield.

Asked if Capitec's multi-loan product has been discontinued and now they have re-branded as a credit facility‚ Fourie said: "No‚ it's not true. We brought it out in our Sens announcements today where we said it’s a completely different product [and] works completely different to the multi-loan… it's very similar to a credit card. The only difference is that we assess a client after nine months fully... and do a full affordability assessment, where a credit card is indefinite. But furthermore‚ it functions 100% like a credit card."

Capitec has since released a statement saying it had not been approached by Viceroy for insight into its business or to discuss‚ test or verify the allegations with the bank's management.

The shocking report released by Viceroy painting Capitec Bank as a loan shark is a way for Viceroy to make money‚ says Professor Jannie Rossouw of ...
Business Times
3 years ago

Shares in Capitec Holdings dropped as much as 20% after US firm Viceroy Research said the lender overstates its financial assets and income, claims ...
Business Times
3 years ago

Capitec Bank is the latest target of Viceroy Research - the team that produced an explosive report detailing how Steinhoff allegedly cooked its books ...
Business Times
3 years ago