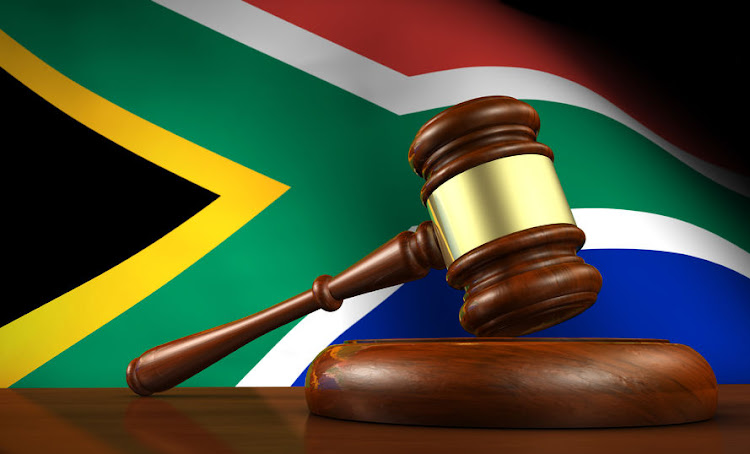 South Africa’s score places it second out of 18 countries in the Sub-Saharan Africa region and eighth out of 36 among the upper-middle income countries in the 2017-2018 World Justice Project (WJP) index.
Image: 123rf/ niroworld

South Africa has dropped one position for its overall rule of law performance to 44 out of 113 countries in the 2017-2018 World Justice Project (WJP) index.

The index‚ released on Wednesday‚ is based on more than 110‚000 households and 3‚000 expert surveys. It looks at eight factors‚ including constraints on government powers‚ absence of corruption‚ fundamental rights‚ order and security‚ regulatory enforcement as well as civil and criminal justice.

The top three overall performers were Denmark‚ Norway and Finland and the bottom three were Afghanistan‚ Cambodia and Venezuela.

Globally‚ a majority of countries worldwide saw their score decline since the publication of the last WJP Rule of Law Index in October 2016‚ in the areas of human rights‚ checks on government powers and civil and criminal justice.

South Africa’s score places it second out of 18 countries in the Sub-Saharan Africa region and eighth out of 36 among the upper-middle income countries.

Burkina Faso and Kenya saw the biggest improvement in ranking among the 18 countries indexed in the region while Madagascar experienced the biggest decline in rank‚ dropping eight spots.

Overall‚ Sub-Saharan Africa showed the most improvements in the absence of corruption‚ with four countries experiencing upward trends in this factor and none showing downward trends.

The WJP is an independent‚ multidisciplinary non-governmental organisation working to advance the rule of law worldwide. The WJP believes that effective rule of law reduces corruption‚ combats poverty and disease and protects people from injustices‚ large and small.

William H. Neukom‚ WJP founder and CEO‚ said: “No country has achieved a perfect realisation of the rule of law.”