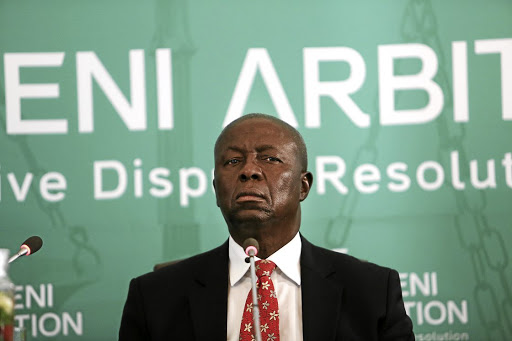 As the Life Esidimeni hearings wrap up on Wednesday‚ the motive for the tragedy is still unclear.

The hearings aim to find out why 1‚700 mentally ill patients were moved from three psychiatric homes into ill-equipped NGOs in 2016‚ leading to the deaths of 143 patients. The hearings were also set up to give closure and financial redress to the victims' families.

Retired Justice Dikgang Moseneke‚ who is chairing the hearings‚ told the second last witness‚ Premier David Makhura‚ he was still "struggling" to work out the reasons it happened.

Moseneke said to Makhura: "The families are still struggling with the decisions and the real motives."

Makhura said: "I am struggling with understanding the motive."

"Could it be money?" asked Moseneke.

Precious Angels‚ the most deadly NGO in the Life Esidimeni saga‚ received R1-million from the Gauteng department of health.
News
3 years ago

Makhura was in charge of the Gauteng government when the move from the homes happened in 2016.

Since the very first week of the hearings in October‚ Moseneke has asked most witness what drove the decision of the health department to move patients into ill-equipped‚ illegal NGOs.

Seniors officials testified there was severe financial pressure on the department of health and ending the contract with Life Esidimeni homes was a cost-saving measure.

Former MEC for health Qedani Mahlangu said under oath: "You rob Peter to pay Paul at any one time."

Makhura started off his testimony at the hearings apologising to the families.

"Apologising doesn't mean a lot if there is no truth. At the end of my testimony‚ families will come closer to the truth‚" he said.

But while witnesses have explained what happened‚ they haven't said why.

Creecy also apologised that the tragedy happened under her watch as Finance MEC. She said it was a "series of events that filled her with shame". But she doesn't know why they occurred.

Former Gauteng Health MEC Qedani Mahlangu's claim that the Life Esidimeni contract was ended to save money was dismantled on Tuesday.
News
3 years ago

Disability grant still collected for some of Esidimeni's missing patients

Disability grants are still being collected for some of the 62 former Life Esidimeni patients who are missing‚ the Democratic Alliance said on Monday.
News
3 years ago

Former Gauteng health MEC Qedani Mahlangu has described her appearance before the Life Esidimeni hearings last week as “the worst week of my life”.
News
3 years ago