Gabisile Shabani and her 15-month-old nephew were taken from their home in Witbank at gunpoint.
Image: SAPS

Police have released an identikit of one of the men suspected to be behind the kidnapping of two children in Witbank at the weekend.

The man was believed to have been part of a three-man gang that forcefully entered a house in Hlalanikahle‚ Witbank‚ and made off with Gabisile Shabani and her 15-month-old nephew at gunpoint. 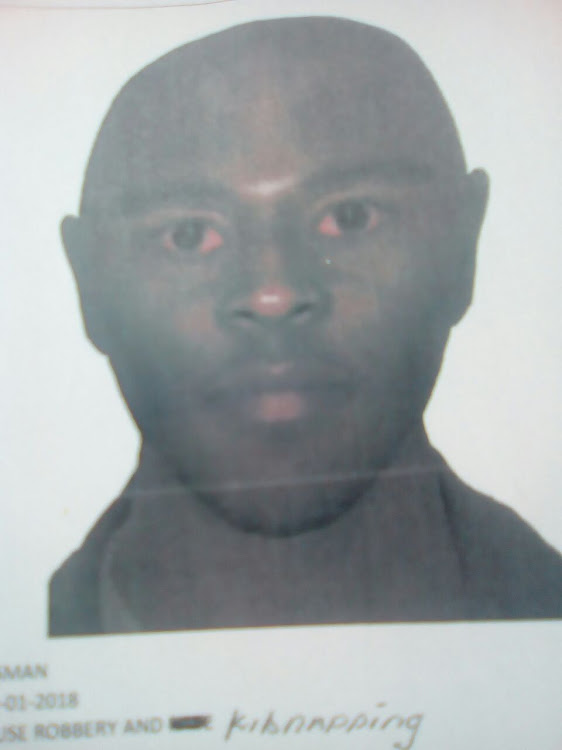 An identikit of a man suspected to be involved in the kidnapping of two children in Witbank
Image: Supplied

TimesLIVE had on Wednesday spoken to the family who said they believed that all three attackers were foreign nationals.

By Thursday‚ the police investigations were yet to lead any results.

Community members‚ mostly comprising of school children embarked on a march calling for the release of the two children.

The family had not received any requests for a ransom‚ with Gabisile's mother‚ Anna‚ saying it was possible that her daughter was taken because she was an albino.

Meanwhile‚ Witbank mayor Lindiwe Ntshalintshali said she was left speechless by the incident.

"Gabisile is living with albinism and it is suspected that the three men who broke into their home in Hlalanikahle‚ also targeted Nkosikhona (the toddler) whom they misttok for another baby in the family who also lives with albinism‚" she said in a statement.

#missing school kids have gathered for a march they want the 13 year old albino that was kidnapped at gunpoint at her home in Witbank. #sabcnews pic.twitter.com/VWY2p5IEvL

“The false belief that their body parts have extraordinary powers must be eradicated‚ albinism is a genetically inherited condition‚” she added.

Anna said she had noticed a man watching her daughter as she walked back from school for several days in a row.

A 13-year-old girl who was snatched from her bed in Hlalanikahle‚ Witbank‚ two days ago may have been the victim of a calculated‚ well planned ...
News
4 years ago

She had never seen the man in the area before this‚ neither had she bothered to ask why he was loitering close to her home‚ Anna's nephew‚ Simon‚ told TimesLIVE.

"I was told that this person would stand facing the door of the house‚" Simon said.

Now the family is wondering whether the same man could have been involved in the kidnapping of the little girl and her one-year-old nephew.

In the early hours of Sunday morning‚ the 50-year-old Anna woke up to the sound of glass shattering. She went to check and found that the one window which did not have burglar bars had been broken and‚ before she knew it‚ there were three men inside her house.

"I tried to scream and ask for help but they came in and pointed a gun at me. I ran back into my room and tried to close the door but they shoved it and overpowered me‚" Anna said.

One of the attackers pointed a gun at her and covered her mouth while the other headed to the bed and grabbed Gabisile‚ who is a twin.

Gabisile had been sleeping on her bed while her twin sister‚ Khanyisile‚ slept in another room with another of Anna's grandchildren.

"I'm not sure whether she was still asleep at the time [she was taken] because the light was still off‚" Anna told TimesLIVE. "But she didn't scream or cry."

SA Community Crime Watch's Maureen Scheepers said her group had been circulating pictures of the missing girl and working with police in their investigation.

Scheepers said the little girl had been wearing only her underwear when the assailants fled with her.

A pair of cousins from Hlalanikahle in Witbank were kidnapped during an armed attack at their home at the weekend‚ police said on Wednesday.
News
4 years ago

As the attackers rushed out if the house‚ Gabisile's 18-year-old sister Nompumelelo‚ who had been sleeping in a separate bedroom with her 15-month-old son‚ Nkosikhona Ngwenya‚ emerged from her room.

"I told her that these men have taken Gabisile. She said they took my child too‚" said Anna.

The family called out to neighbours for help and a manhunt ensued.