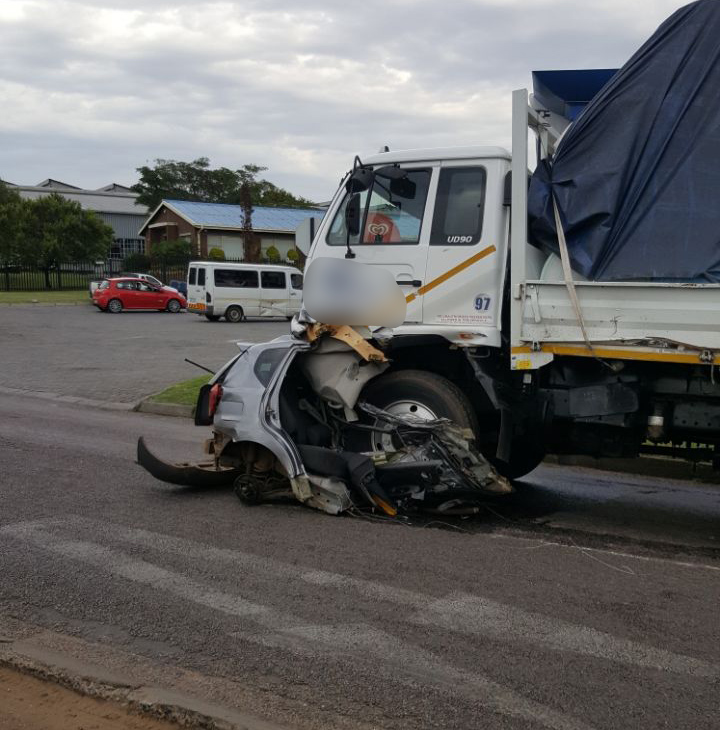 A man miraculously survived after his vehicle collided with a truck in Vereeniging.
Image: ER24

A man has miraculously survived a collision with a truck that pulverised his vehicle in Vereeniging early on Thursday.

The man‚ in his 30s‚ was trapped in the wreckage after the crash on Houtkop Road.

“When ER24 paramedics arrived on the scene just after 7am‚ they found a vehicle torn in half. The driver of the vehicle was still entrapped and the fire department had to extricate the man with the jaws of life‚” said ER24 spokesman Ineke van Huyssteen.

“Upon further assessment‚ paramedics found the man to have sustained moderate injuries.”

He was transported to hospital by provincial emergency services for further treatment.

Mondli Zinsongo - the man behind the wheel of an overloaded taxi which hit a bus and claimed the lives of five children one year ago outside Durban - ...
News
3 years ago

The Mpumalanga MEC for Agriculture‚ Rural Development‚ Land and Environmental Affairs‚ Vusi Shongwe‚ was involved in a car accident on the R40 ...
News
3 years ago