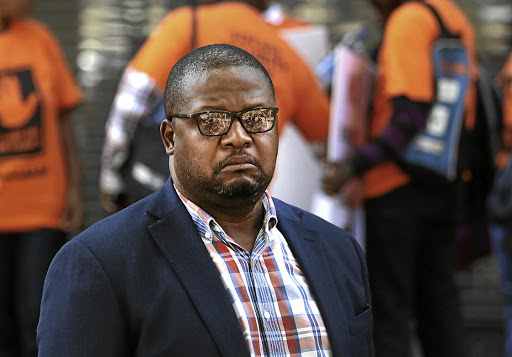 Former SA Social Security Agency CEO Thokozani Magwaza is adamant that Minister Bathabile Dlamini tried to frustrate the process of the agency taking over the payment of social grants.

Magwaza told an inquiry into whether Dlamini should be held personally liable for the fiasco that she had told him to find dirt on commercial banks so that they could not be used to distribute grants.

He said the minister was only interested in pushing Sassa towards working with Cash Paymaster Services (CPS).

Here is how Social Development Minister Bathabile Dlamini evaded questions at the inquiry into the social grants crisis.
News
3 years ago

Advocate Ishmael Semenya‚ for Dlamini‚ was cross examining Magwaza and pushing for examples of how his client had sought to impede Sassa from taking over the payment of grants.

Semenya complained that this allegation was never put to Dlamini when she testified at the inquiry last week. Magwaza‚ during questioning‚ conceded that when he joined Sassa as CEO in November 2016 the agency was already not in a position to pay grants.

However‚ he believed that the work streams appointed by Dlamini did not help the situation. "They did not help us pay grants‚ they did not contribute anything‚ they were just pushing us to take a new contract with CPS‚" Magwaza said.

He said the government technical team was already doing enough work. There were also questions around whether Magwaza had ever told Dlamini that the work streams were hindering Sassa's work.

Dlamini earlier testified that no one had raised concerns about the work streams. This was despite a letter from Magwaza and former social development director general Zane Dangor raising issues of parallel processes.

However‚ during his cross examination of Magwaza‚ Semenya said the complaints were not about the work streams but about reporting lines.

Magwaza believed that the work streams should have been reporting to the Sassa executive and not the minister.