Another school torched in Vuwani 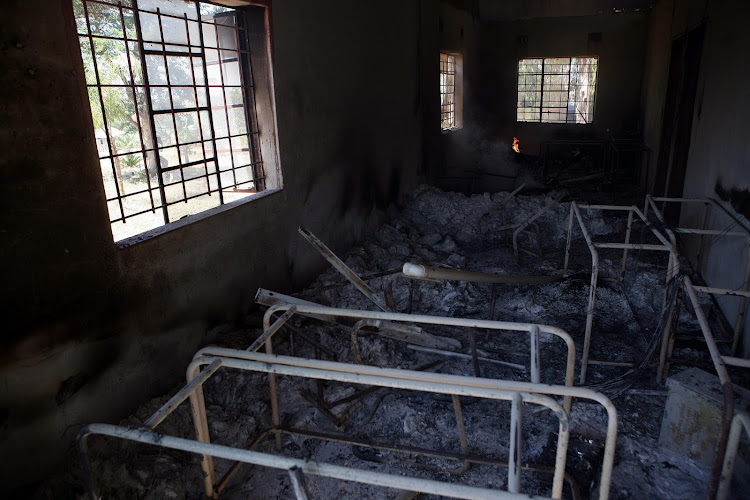 Police in Vuwani‚ Limpopo‚ are investigating circumstances surrounding the burning of a secondary school in the area.

Shondoni Secondary School in Lwamondo village was set alight in the early hours of Friday morning.

Police have revealed that thieves forced open burglar doors of the administration building and proceeded to set the building alight.

While investigations were still ongoing‚ preliminary findings had determined that several items were stolen‚ including computers‚ a safe‚ steel cabinet and printers.

Police have estimated the value of the damage‚ including to the building‚ at around R1.2-million.

"The motive for this incident is not known at this stage but police investigations are continuing. The suspects in this matter are unknown at this stage and police are making an appeal to anyone with information that can assist with the tracing of these culprits …‚" Limpopo police said in a statement.

Vuwani is not new to the widespread burning of schools. In 2016‚ at least 30 schools were badly burnt when the community rose up in protest over issues of demarcation.

Residents had been protesting since the Municipal Demarcation Board moved Vuwani and surrounding areas into the Lim 345 municipality‚ from the Makhado municipality. In April 2016‚ they lost a court bid to remain in Makhado.

Danger ahead: alarm as predatory teachers prey on school children​

A teacher-priest  arrested for allegedly sexually assaulting a 12-year-old pupil in KwaZulu-Natal.
News
4 years ago

What Biko would have told young black people about racism

When a white Randburg teacher was recorded telling black school pupils that they were “idiots” who did not achieve academically and had “only ...
Ideas
4 years ago

‘I fear for my life’‚ says Reiger Park teacher

While normal schooling continued for most learners and teachers at Reiger Park NR 2 High School which has been hit by a sex scandal‚ this wasn't the ...
News
4 years ago

Basic Education Minister Angie Motshekga says practical steps need to be taken before English classes can be considered at the Overvaal high school ...
News
4 years ago

Hundreds of learners and parents from Kwadedangendlale High School demanded‚ on Friday morning‚ that Gauteng’s Education and Infrastructure ...
News
4 years ago