Cyril on Zexit: ‘We all deserve closure’ 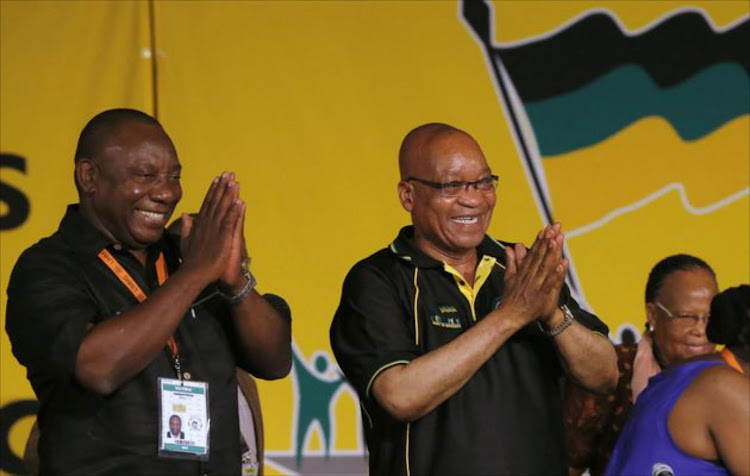 ANC President Cyril Ramaphosa has announced that a decision on President Jacob Zuma’s fate as president of the republic would come in the next few days “once we have finalised all pertinent matters”.

In a statement released on Wednesday, Ramaphosa confirmed that he met with Zuma on Tuesday evening to discuss matters relating to his position as president of the republic.

“Both President Zuma and myself are aware that our people want and deserve closure,” Ramaphosa said in the statement.

He said that as a result of progress in the talks, the ANC national executive committee meeting scheduled for Wednesday evening was postponed. The meeting was called to force a recall of Zuma or to begin a parliamentary process to remove him.

“This will enable President Zuma and myself to conclude our discussions and report back to our organisation and the country in the coming days,” Ramaphosa said.

Ramaphosa said this “situation” necessitated the postponement of the State of The Nation Address initially scheduled for Thursday.

ANC president Cyril Ramaphosa broke his silence on the future of President Jacob Zuma on Wednesday, saying the two of them had "direct discussions" ...
News
3 years ago

“I am aware that the uncertainty surrounding the position of the Head of State and Government is a cause for concern among many South Africans. This is understandable,” he said.

Ramaphosa said he believed that the “constructive process” he has initiated with Zuma would allow for the matter to be concluded without discord or division.

The deputy president of the country did not give a timeline of when the talks between him and Zuma would be concluded.

He also did not hint as to the nature of the talks between the two.

Sources have however noted that in the meeting a deal was struck between Ramaphosa and Zuma which would see the resignation of the latter.

“We will be able to communicate further on President Zuma’s position as President of the Republic once we have finalised all pertinent matters,” he said.

Ramaphosa and Zuma sat side by side on Wednesday chairing cabinet committee meetings.

While there has been no word over when Zuma will tender his resignation, his official diary has been planned out until Saturday.