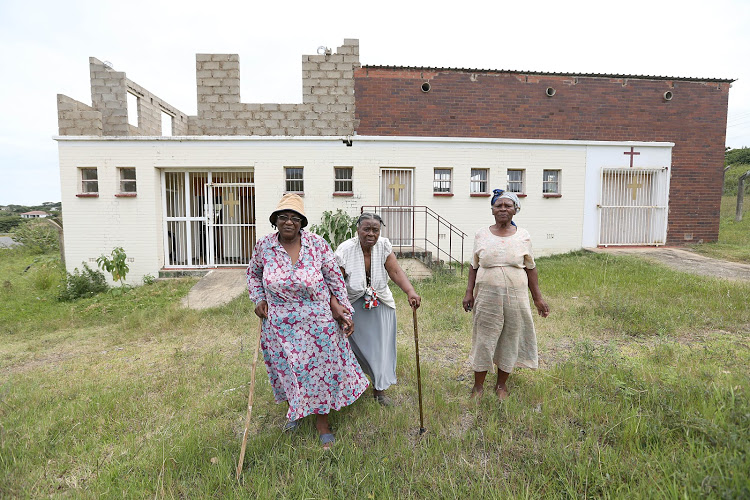 THIS LAND IS OUR LAND Joyce Nzimande, Cecilia Sibiso and Ntombikayise Mthethwa of the non-governmental organisation Nonkasa Senior Citizens and Disabled Community Project in Mnini in Umgababa, south of Durban, on a piece of land and buildings they say were allocated by Inkosi Phathisizwe Luthuli for their project.
Image: THULI DLAMINI

Gogo Cecilia Sibisi has one thing on her bucket list: to get the land she was promised a decade ago.

She is blaming the loss of her land on the Ingonyama Trust, which administers 2.8-million hectares of land on behalf of Zulu King Goodwill Zwelithini. The monarch is the sole trustee of the organisation, which generates more than R100-million in revenue.

Sibisi claimed that a local chief gave her a piece of land and some derelict buildings, where she wanted to create a home for the elderly and disabled. But, after investing about R30,000 in renovations from a donation, Sibisi said she discovered the land had also been given to a pastor.

The 82-year-old Sibisi is one of 16 people who have turned to the Legal Resources Centre to launch a challenge against the trust after it sent out notices to those living on its land, asking them surrender their existing land rights into 40-year leases.