SA peacekeeping troops under investigation for torture of civilians 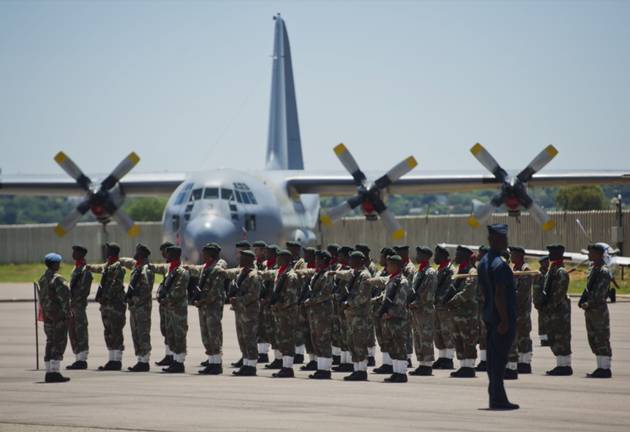 A high level delegation of military lawyers and investigators are to be despatched to the Democratic Republic of Congo to investigate allegations of scores of civilians having been tortured by South African peacekeepers.

The team‚ SANDF military top brass say‚ is to be sent within the week.

Reports emerged over the weekend that South African peacekeepers were involved in the torture of women and men.

Over 1‚000 SA troops from 5 South African Infantry Batallion - which is based out of Ladysmith in KwaZulu-Natal - are taking part in a United Nations peacekeeping mission in that country.

The majority of the troops are based in the highly volatile region of Goma‚ which is where the allegations of torture come from.

Goma is situated in the DRC’s North Kivu region which is beset by violence and which has seen South African troops heavily engaged in armed combat with militia and Islamic fundamentalists.

The troops are on a year-long deployment in the DRC.

SANDF spokesman Brigadier-General Mafi Mgabozi confirmed that reports on alleged torture had been received. “At the moment they are allegations‚ but given their seriousness we cannot ignore them.

“The investigation team‚ which will consist of lawyers and military humanitarian rights experts will be despatched to the Goma region.”

Mgobozi said as soon as they had the necessary information they would provide feedback to the county.

“If the allegations are true those responsible will be dealt with in accordance with the law.”

Four years ago a UN report labelled South Africa troops as among the worst peacekeepers when it came to sexual assaults on civilians.