Gupta-linked funds in Bank of Baroda should not leave SA: Outa 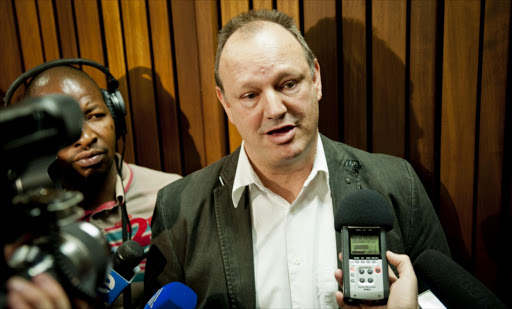 The Organisation Undoing Tax Abuse (Outa) has called on the SA Reserve Bank to ensure that Gupta-linked funds in the Bank of Baroda are not moved offshore.

The SA Reserve Bank has confirmed that the Bank of Baroda is closing down its operations in South Africa.

“Outa believes public and business pressure was brought to bear against the Bank of Baroda for its continued services to the controversial Guptas‚” said Outa chief executive Wayne Duvenage.

“The Bank of Baroda has come under increasing public scrutiny over its continued links with the Guptas‚ who now have very limited banking options left in South Africa.”

In October last year‚ the High Court in Pretoria ordered the Bank of Baroda to keep the accounts of Gupta-linked companies open. Judge Tati Makgoka granted an interdict against the bank‚ prohibiting the lender from deactivating or closing the banking accounts of the Gupta businesses‚ or from terminating the banker-customer relationship.

The SA Reserve Bank has confirmed that the Bank of Baroda is closing down its operations in South Africa.
Business Times
4 years ago

In September‚ Outa got an interim order freezing the rehab funds for the Gupta mines which are held in the Bank of Baroda. The Guptas ar opposing this action.

The matter is due to be heard in court in May for a final order.

“Due to Outa’s action freezing the rehab funds‚ the Bank of Baroda will need court approval to move those funds to another bank‚” Duvenage said.

“Outa’s legal team will be making contact with the South African Reserve Bank to ensure that the rehab funds do not go missing and that the Guptas are not able to use the Bank’s closure to move those or the funds in their other accounts out of the country.”

A former Hawks member‚ now employed at a leading private investigations firm‚ has withdrawn his objection to two protection orders that prohibit him ...
News
4 years ago

Estina‚ the company that ran the Gupta-linked Vrede Dairy Farm Project had only R9‚000 in its bank account before the first payment of R34-million ...
News
4 years ago

The Industrial Development Corp (IDC) is suing four companies linked to the politically connected Gupta family after they failed to repay a loan that ...
Business Times
4 years ago

Over 20 banks linked to Gupta companies

More than 20 banks sent or received money to Gupta-linked companies, an investigation by the Organised Crime and Corruption Reporting Project found.
Politics
4 years ago