Tutu quits as ambassador for Oxfam over charity’s sex scandal 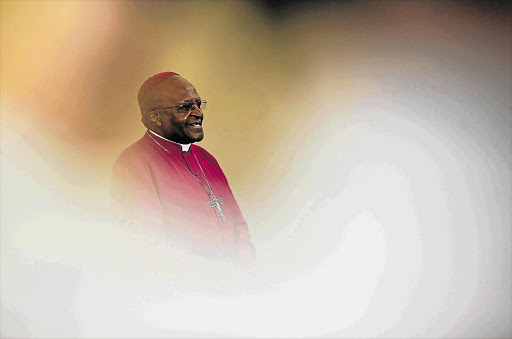 Archbishop Desmond Tutu has stepped down as an ambassador for global charity Oxfam in the wake of a sex scandal that has rocked the organisation.

It was reported last week that some Oxfam staff paid for sex with prostitutes in Haiti while in the country after the devastating 2010 earthquake. It is alleged that the organisation's money was used for this purpose.

On Thursday‚ the ex-director at the centre of the scandal‚ Roland van Hauwermeiren‚ admitted some of the claims were true‚ but that there were lies and exaggerations.

While not stating outright that his resignation was directly due to the revelations - instead saying it was linked to his retirement from public commitments - Tutu's office said in a statement on Thursday that the 86-year-old Nobel Peace Laureate was disappointed by the news.

"Archbishop Emeritus Desmond Tutu has supported Oxfan International's good work for many years‚ most recently as one of its global ambassadors. The Archbishop is deeply disappointed by allegations of immorality and possible criminality involving humanitarian workers linked to the charity. He is also saddened by the impact of the allegations on the many thousands of good people who have supported Oxfam's righteous work‚" a statement from his office said.

"He [Tutu] has instructed his office to write to Oxfam International to inform them of his retirement as a global ambassador‚" the statement concludes.