We take care of our people‚ Masego Home insists 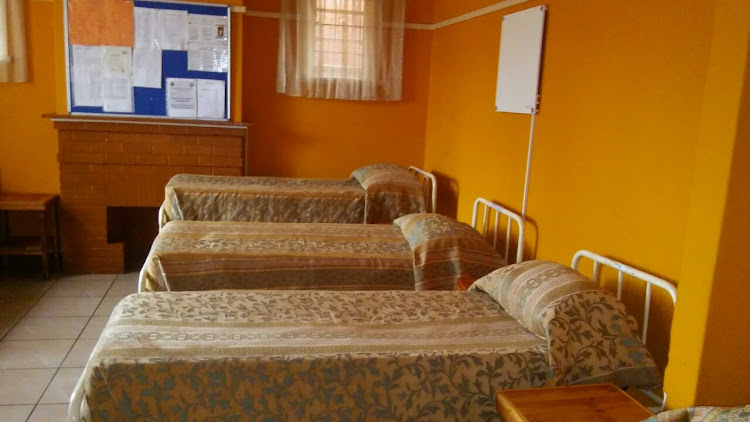 Rooms at the Masego Home for the Elderly in Krugersdorp.
Image: Penwell Dlamini

Owners of the Masego Home for the Elderly in Krugersdorp‚ where seven Life Esidimeni patients died‚ still insist that they took care of the people who were at the facility.

They also insist that the report of Health Ombudsman into the tragedy is not a true reflection of what happened.

Democratic Alliance MPLs Jack Bloom and Neil Campbell visited the home on Thursday to inspect conditions. They arrived as the Mental Health Review Board was also visiting the home.

There were also officials from the provincial health directorate‚ who were part of a meeting at which management of the home explained what actually happened there.

Masego Home is uniquely designed‚ as it is a facility made up of eight houses. The houses have been leased to the home. It is a psycho-geriatric facility only accommodating people over the age of 55. There are currently 90 patients at this home but the facility is licensed to have 141. This is a decrease from 200.

The licence reduced the capacity level after the Life Esidimeni crisis. The home receives just over R4‚000 per patient in subsidies from the state.

Masego Home received 63 patients from Life Esidimeni during the project in which the Gauteng department moved patients to different facilities citing costs.

At Masego Home‚ seven patients died just a few months after they arrived at the facility.

Directors‚ Dr Dorothy Sekhukhune and Mmaletsatsi Mokgojoa‚ said the report which fingered the home was inaccurate as it did not consider other factors about the 63 patients received by the home.

Sekhukhune and Mokgojoa said three of the seven patients quoted in the Health Ombudsman’s report died in hospital and not at Masego Home.

Sekhukhune said most people looked at the patients’ appearances when they arrived at the home and overlooked what was actually happening to their bodies.

She said when the patients arrived at the home they were on very high treatment dosages‚ and that it was a fact that there were side effects from psychiatric medication.

“Side effects of the psychotropic medications‚ we know the dangers of antipsychotic drugs it is documented. You miss that when you are looking at the person at a face value when you are doing assessment.

“Hence we said‚ ‘Give us the clinical files so that we can see the blood levels of these patients…’ I said that to Professor Malegapuru Makgopa that we are not looking deeper into other variables of death. We know that [with] some of the medication that you give to patients‚ they [can] drop dead. Hence we said ‘give us the files. We want to see other medical examinations that you have been doing.’ We requested X-rays‚ ECGs and others but we never got that.

Patients arrived at the home with a month’s supply of medication.

Makgopa had recommended that the home be closed after his investigations. Masego Home appealed and tribunal judge Bernard Ngoepe overturned the health ombudsman’s finding that the patients died in unlawful circumstances.

“Most of the report of the Health Ombudsman was an insult to Masego [home]. Out of 200 users that we had‚ why would we have singled out the other users and not feed them. At any time you can come and check our groceries‚ you will find everything that is needed to feed the people‚” said Mokgojoa.

Masego Home is one of several NGOs that remained open after the Life Esidimeni scandal which resulted in the deaths of over 144 mentally ill patients after they were moved to unlicensed facilities.

Bloom and Campbell visited the home on Thursday after police‚ who were investigating a case of missing persons‚ reported that four of the Life Esidimeni patients were still at Masego Home.

During the meeting it was established that the four patients had actually been at the facility for some time and were not part of the group which came as part of the Life Esidimeni project.

One of the patients was discharged to her family in October.

TimesLIVE’s observation of the facility was that it was in a good condition during the visit.

“I am very pleased that I visited this home and they have enabled us to see everything that we wanted to see…They have a genuine licence. They look like they are taking care of the patients. Unfortunately‚ I do have questions about the period when they got Esidimeni patients as part of the Mental Health Marathon Project. They got 63 patients‚ I am not sure if they were able to cope with them. There are consistent reports of complaints from relatives that they were not fed properly. The management has disputed this.

“For seven out of 63 to have died in such a short period is high. I think we need to look at the postmortem evidence because we need to find out if this was completely unavoidable or not‚” Bloom said in his concluding remarks.