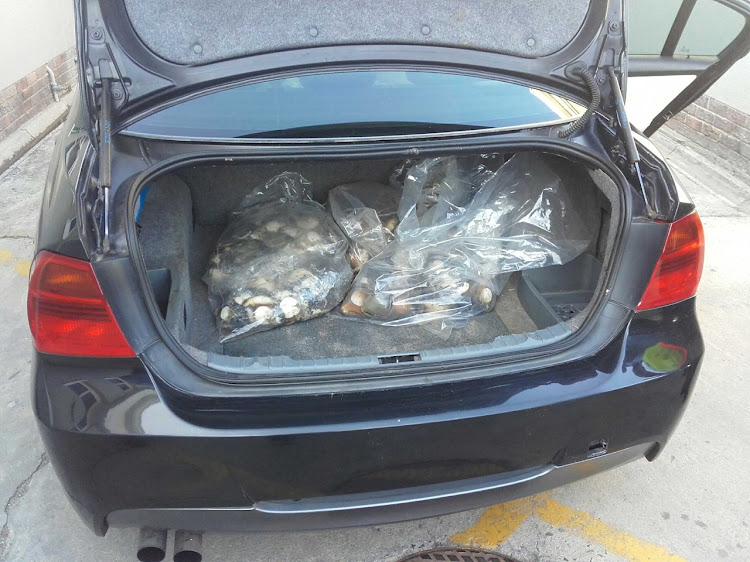 A search of a suspicious vehicle uncovered bags containing 2‚162 abalone in the boot and back seat‚ with an estimated value of over R400‚000 said Cape Town traffic services spokesman Richard Coleman.
Image: City of Cape Town

Traffic officers knew there was something fishy about a motorist in Cape Town when they spotted an odd-looking parcel on the white leather seats in the back of his BMW.

When they asked about it‚ while waiting for him to produce a driver’s licence‚ he sped off along the N2 in the Strand area on Thursday.

Cape Town traffic services spokesman Richard Coleman elaborated in a text message: “When they enquired about it‚ the driver sped off and led them on a chase – colliding with another vehicle in the process – before coming to a halt near Somerset West.

When they searched the black vehicle they discovered that it was packed with abalone.

“A search of the vehicle uncovered bags containing 2‚162 abalone in the boot and back seat‚ with an estimated value of over R400‚000‚” said Coleman.

The abalone was handed over to the police and an official from the department of agriculture‚ forestry and fisheries. The suspect was arrested on charges of reckless and negligent driving‚ the illegal possession of abalone and resisting arrest.