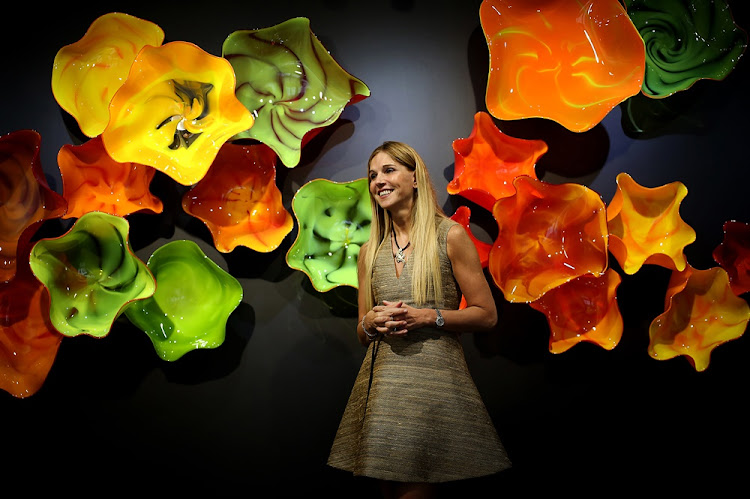 Magda Wierzycka during an interview at her office in Sandton, Johannesburg on January 16 2018.
Image: ALON SKUY​

The bounty on the infamous Gupta brothers’ heads has been raised with multi-billionaire South African businesswoman Magda Wierzycka offering an additional R500‚000 for their arrest.

I am willing to match the reward Rand for Rand. So now we have R1 million in the pool. South Africans, contribute your spy skills. We need these crooks in jail where they belong. As soon as possible. https://t.co/5igHP5xHl8

On Thursday‚ just hours after the business family's top lieutenants and nephew‚ Varun Gupta‚ appeared in the Bloemfontein Magistrate’s Court on charges of fraud and theft‚ the Hawks announced that Ajay Gupta was a fugitive from the law and that his brothers‚ Atul and Rajesh "Tony" Gupta‚ were also being sought.

Ajay Gupta went on the run shortly before Hawks officers raided his family compound in Saxonwold‚ Johannesburg on Wednesday. It was during the raid that officers arrested several of the family's allies.

Parliament’s portfolio committee on police has praised the Hawks for the progress made in arresting suspects linked to allegations of state capture.
News
4 years ago

The project‚ which Hawks officers allege was the brainchild of Mining Minister Mosobenzi Zwane‚ who was the then Free State MEC for Agriculture‚ was meant to uplift indigent people living in the Vrede and Warden areas. Instead that money was allegedly syphoned off into business bank accounts linked to the Guptas.

Private forensic investigator Paul O'Sullivan‚ on Thursday offered a R200‚000 reward for Ajay Gupta's arrest after the Hawks revealed that he was on the run.

On Saturday‚ Wierzycka took to Twitter to announce that she would match the reward "Rand for Rand".

"So now we have R1-million in the pool. South Africans‚ contribute your spy skills. We need these crooks in jail where they belong. As soon as possible."

Ramaphosa vows to tackle corruption, problems in SARS and NPA

President Cyril Ramaphosa promised in his first state of the nation address (Sona) to turn the tide of corruption in public institutions.
Politics
4 years ago

Zwane fires official about to close Gupta-linked mine

The Department of Mineral Resources dismissed its Mpumalanga regional manager‚ Aubrey Tshivhandekano‚ at the gates of the Koornfontein colliery‚ ...
Politics
4 years ago

Evidence leaders have been appointed in the accounting industry’s probe of KPMG employees who did work for Gupta-related companies and worked on the ...
Business Times
4 years ago

One of the women who raised the alarm on state capture believes it was the Christian thing to do.
News
4 years ago

State capture number one suspect Ajay Gupta has been hopping from one house to another‚ is being protected by heavily armed bodyguards and using ...
News
4 years ago