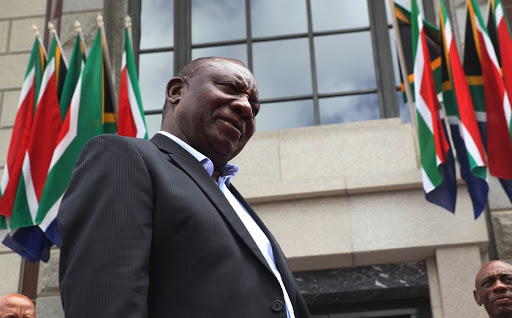 “They occur as our nation celebrates the change of leadership in the governing party without any appetite for senseless bloodshed‚ because our Defence Force is led by wise women and men who abide to the ideal of the supremacy of the Constitution and the rule of law.”

Ramaphosa spoke on Sunday in Kimberley in the Northern Cape at an interfaith prayer organised by the South African National Defence Force (SANDF). Sunday was the first time Ramaphosa had spoken in public after delivering the state of the nation address on Friday. Armed Forces Day commemorates the SS Mendi which sank in the English Channel on February 21 1971. It resulted in the deaths of 600 black soldiers.

“It is a day that reminds us that blood was spilled by countless South Africans and freedom fighters to guarantee us our freedom and human rights‚” Ramaphosa said.

“It is a reminder that brave men and women continue to put their lives on the line to secure our hard-won freedoms and defend our Constitution.”

“He (Mandela) left us a National Defence Force that is a true microcosm of our diverse society‚” Ramaphosa said.

“A truly national defence force for all South Africans that guarantees that its tanks and guns will never again roll into townships and suburbs to fight against the very same people it was established to protect.”

Members of the ANC’s national executive committee are locked in a closed leadership meeting with KwaZulu-Natal branch members in Durban to explain ...
Politics
4 years ago

Budget may be Gigaba bye-bye

RON DERBY: Ramaphosa will need to find his own 'Roosevelt moment'