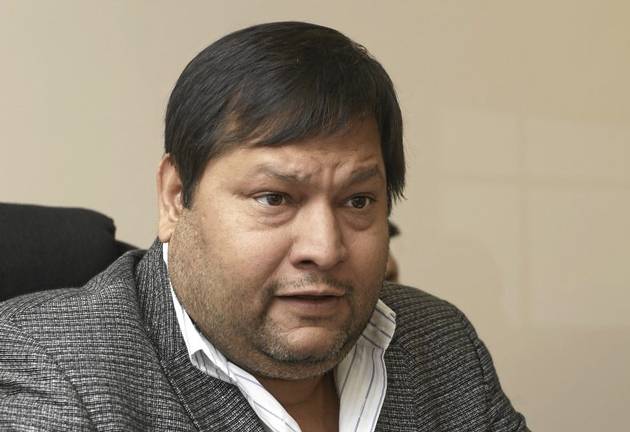 South Africa’s most wanted fugitive from justice Ajay Gupta attended a wedding and then retired to a palatial bungalow in northern India when Jacob Zuma resigned.

The Times of India reported on Sunday that Gupta – who is being sought by the Hawks – had arrived in Dehradun on February 13 after attending a wedding.

“The Guptas have a palatial bungalow in Curzon Road in the city‚ where Ajay is believed to have stayed till February 16‚ a day after the news of Zuma’s resignation broke out. During his stay in Dehradun‚ the businessman did not leave the bungalow and remained inside‚” reported The Times of India.

Duduzane Zuma and the Hawks: a case of sink or sing

Former president Jacob Zuma’s son  Duduzane tried to strike a deal with law enforcement agencies before going on the run this week.
News
4 years ago

Speculation is rife about the whereabouts of Ajay Gupta. Police minister Fikile Mbalula said on Sunday that lawyers had initially offered to cooperate with the Hawks and hand Ajay over‚ but since then played “cat and mouse”. The Hawks are still hunting for him‚ and have sought assistance from authorities abroad.

Sygnia CEO Magda Wierzycka and investigator Paul O'Sullivan have offered substantial rewards for information on to his whereabouts.

The Times of India reported that he had left Dehradun‚ escorted by police‚ aboard a helicopter a day after Zuma’s resignation and flew to Jolly Grant Airport‚ from where he “left for an undisclosed location”.

It appeared that Zuma’s resignation had forced him to abandon plans to attend marriage ceremonies in Dehradun and Saharanpur.

A president has fallen. His son is being sought by police. One of the three brothers who systematically robbed South Africa of billions of rands is ...
Opinion & Analysis
4 years ago

The Gupta brothers are reportedly given a state security detail when they are in India. The Times of India said they had been given “Z-category security by the state government”.

A government official told the newspaper: “As far as the developments in South Africa are concerned‚ we have till date received no intimation from the South African embassy or police regarding anything related to the Gupta brothers.”

In 2011 Sunday Times reporter Prega Govender travelled to Saharanpur in India to trace the Guptas family's humble beginnings. They lived in relative obscurity in Saharanpur.

The stakes for the capture of fugitive Ajay Gupta have been raised‚ with South African billionaire Magda Wierzycka upping the bounty on his head.
News
4 years ago

Those in Saharanpur who knew the Guptas‚ from politicians to lecturers and schoolmates‚ referred to Ajay as a "Bollywood star"‚ "a genius"‚ "clean-hearted"‚ "sweet-natured" and a supporter of the poor.

In an earlier interview with the Sunday Times Atul Gupta said‚ "We are never shy of our background. I am proud of it. We come from families that do not show or expose their business to others. It is considered showing off."