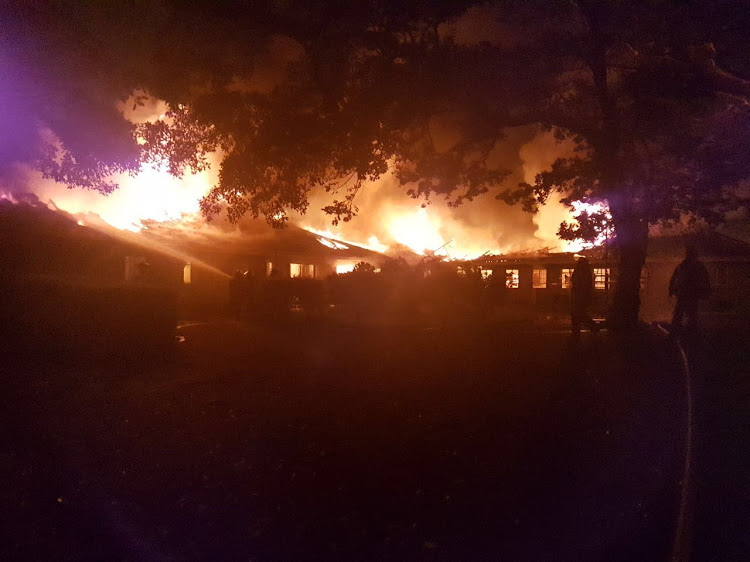 A fire tore through a children's home in Durban on Tuesday night, but there were fortunately no injuries.
Image: Rescue Care

A devastating fire gutted the entirety of the Edith Benson Children's Home in Durban on Tuesday night – but the children are safe.

Firefighters and paramedics responded to the fire at the home, which houses more than 50 babies.

Rescue Care’s Garrith Jamieson said there were no casualties, but that one person was treated for smoke inhalation. The children were moved to safety at the nearby Sherwood Hall.

The KwaZulu-Natal Department of Social Development said it would send a team of senior social workers to ensure that children were housed safely.

"There are no casualties. The team of social workers will ensure that they are moved to other facilities, " said departmental spokesperson Ncumisa Ndelu.

She said the Durban fire department would have to investigate the cause of the fire.

A devastating fire ravaged the Edith Benson Children’s Home in Durban in its entirety on February 20 2018.