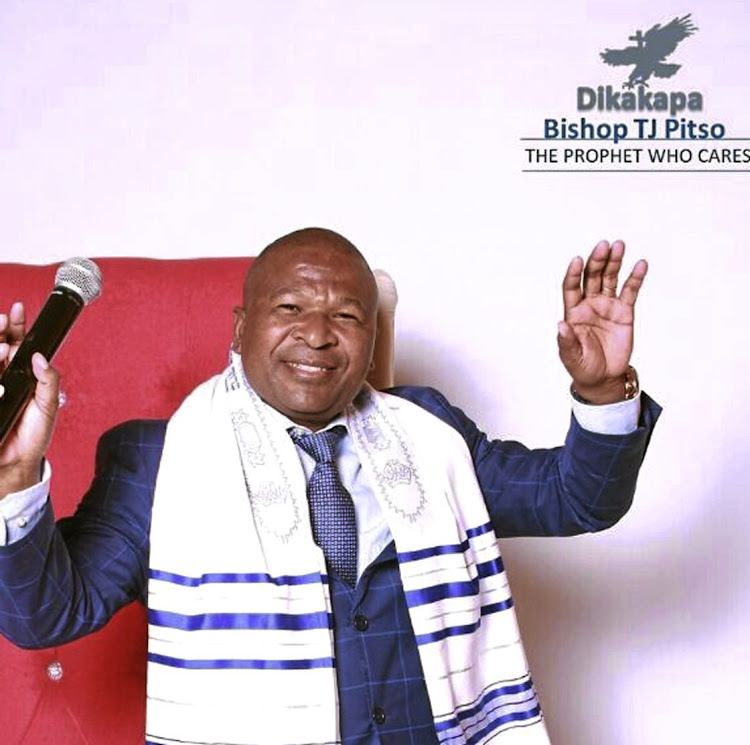 The Sunday Times reported last week on claims by 10 women that Pitso‚ the leader of Jehovah Shammah International Ministries‚ had lured them to his church and demanded they have sex with him. More women had since come forward.

This week‚ North West police spokesman Adele Myburgh said that‚ by Friday‚ six complaints of rape and one of sexual assault had been laid against Pitso.

He invited them to his shack to hear “prophecies” but they were  raped or sexually assaulted.
News
4 years ago

The women‚ aged between 20 and 36‚ broke their silence after Pitso’s former personal assistant made several allegations against Pitso on a local community radio station and on social media.

The church has denied all allegations‚ claiming last week that the personal assistant had tried to solicit money from Pitso after she was stripped of signing powers over church finances. This week the church said the woman was possessed by the devil and no action had been taken against Pitso.

The church said it stood by their pastor.