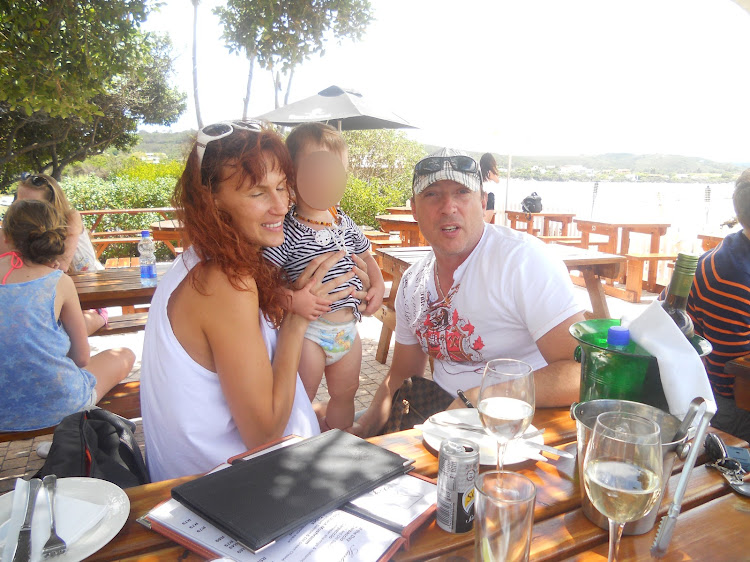 A Bulgarian man executed with his wife in Cape Town’s southern suburbs was facing trial for cloning hundreds of bank cards.

Angelo Dimov was arrested in 2013 after cards cloned in Zambia were used to withdraw cash in Cape Town‚ TimesLIVE has established. He was facing fraud charges at the Bellville Commercial Crimes Court.

Dimov and his wife‚ cake artist Nessie Peeva‚ were murdered at their Bergvliet home on Monday‚ February 12.

In 2008‚ the Bulgarian and a Serbian‚ Dejan Kstic‚ were arrested on bank card fraud charges in the Western Cape town of Moorreesburg.

The men were allegedly connected to an international card fraud syndicate running their operation from the southern suburbs‚ where Dimov and his son were arrested with another Bulgarian and four South Africans in August 2013.

Police and intelligence agencies are linking the disappearance of a Cape Town couple to a cell with ties to the global terror group ISIS.
News
3 years ago

According to sources‚ the syndicate sourced and built sophisticated card-reading devices‚ known as “high techs”‚ which they placed over ATMs. These were often fitted alongside pinhole cameras which filmed customers inputting PIN codes.

Police swooped on Dimov’s syndicate after they placed devices on ATMs in Zambia. Law enforcement agencies in Cape Town detected large sums being withdrawn from ATMs in the southern suburbs using cards registered in Zambia.

ATM cameras across Cape Town caught men allegedly related to the syndicate using clothing store gift cards and other cards‚ with the information from the cloned Zambian cards loaded onto them‚ to draw money.

Dimov’s son‚ Georgi‚ now 27‚ was allegedly one of them.

Dimov was represented by Cape Town lawyer William Booth before he was killed.

Alleged rock-thrower Nkosinathi Mthalane‚ arrested by three men on Durban’s tollgate bridge after a rock attack at the weekend‚ will spend the next ...
News
3 years ago

Police said they were still investigating the matter and that “all leads were being followed”. Only cellphones and laptops were stolen from the scene of the execution.

Sources suggested the killings of Dimov and Peeva‚ who ran a business called The Cake Witch‚ were “professional hits”. The couple were shot in the forehead‚ possibly with silenced weapons. Peeva's body was found in the garden of their rented home.

Neighbours told TimesLIVE they did not hear any shots‚ in spite of the fact that Peeva and one of the family dogs were killed in the garden.

It is understood that the couple’s six-year-old daughter had been dropped off at school in the morning and the alarm was raised after her parents did not collect her from aftercare.

ATM card theft syndicates have varying techniques and gadgets to obtain your pin and card. Here are some of their methods.

The last cake Nessie Peeva baked before her murder depicted a character she called Assassin.
News
3 years ago