Suspect appears in connection with kidnapped and murdered Witbank children 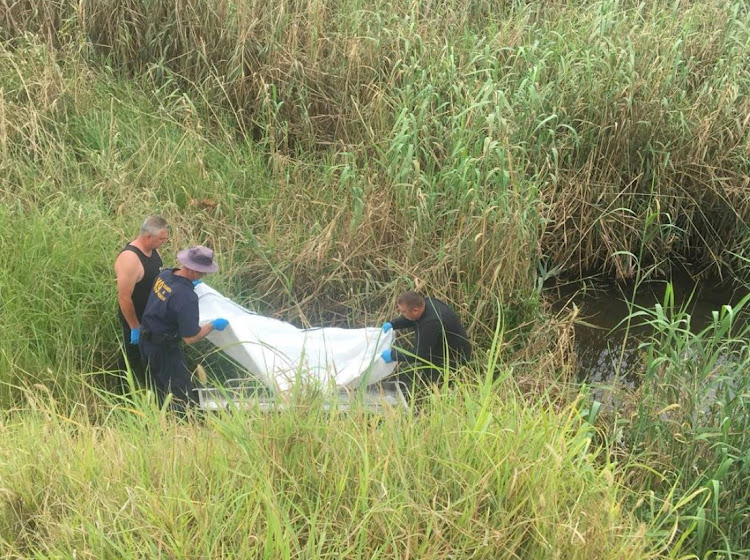 On Wednesday morning‚ police discovered the bodies of two children in separate locations‚ believed to be those of the missing children‚ Gabisile Shabani and Nkosikhona Ngwenya.
Image: EMalahleni Residents/Community - Municipality via Facebook

The suspect arrested in connection with the kidnapping of two children who were taken from their home in Hlalanikahle and later found dead appeared in the Witbank Magistrate’s Court on Wednesday.

“He was remanded in custody pending a bail application which is scheduled for February 26 2018‚” said Brigadier Leonard Hlathi.

“Thokozani Msibi was not asked to plead. The investigation regarding further suspects is underway‚” he added. Msibi was arrested on Tuesday night and charged with kidnapping.

Additional charges of murder could soon be added‚ Hlathi said.

On Wednesday morning‚ police discovered the bodies of two children in separate locations‚ believed to be those of the missing children‚ Gabisile Shabani and Nkosikhona Ngwenya.

Two sangomas implicated in the disappearance of a three-year-old girl from Boschfontein, Mpumalanga, have been denied bail by the Nelspruit Regional ...
News
6 years ago

They were reported missing on January 28 after three armed gunmen broke into their home and forcibly removed them.

At the time‚ Shabani’s mother told TimesLIVE that she believed the people who took her daughter and grandson were not South African nationals because of their accent when they spoke English.

Another relative said they believed Gabisile had been taken because she was an albino. They also told TimesLIVE they believed the toddler‚ Nkosikhona Ngwenya‚ had been mistaken for another toddler who was in the house at the time who also suffered from albinism.

Hlathi said one of the children’s corpses was found in Cullinan while the other was found in a swamp on the N4 en route to Pretoria.

"The bodies were in a bad state‚" Hlathi said.

"A postmortem needs to be conducted to determine the cause of death and DNA tests to also confirm it is them‚" he said.

Hlathi would not immediately confirm whether any of the two bodies had been mutilated.

Msibi lives in the same neighbourhood as the children.

As news of his arrest and the discovery of the children’s bodies spread‚ community members gathered at his house‚ wanting to torch it.

“We spoke to the community members and told them that destroying the house will amount to destroying evidence‚” said Hlathi.

Meanwhile the community began to mobilise in support of the family‚ arranging a protest ao the courthouse for Msibi's next appearance.

How many will take part in a peaceful march when the suspects who murdered Gabisile Shabani and Nkosikhona Ngwenya...