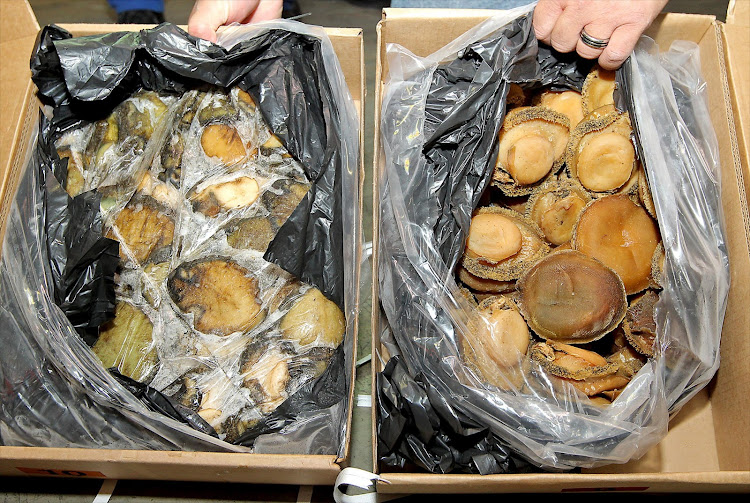 A sting operation at the port of Durban by SARS customs officials and the Hawks has led to the seizure of 1.6 tons of illegally harvested frozen abalone valued at R2.37-million.

SARS spokesman Sandile Memela said the Durban sting operation was initiated after the Hawks had seized illegally harvested abalone from a container in Port Elizabeth earlier this month.

“Based on the intelligence from the Port Elizabeth bust‚ a ship travelling to Sri Lanka was ordered to return to South Africa and arrived in Durban earlier this week.

“A suspicious container was removed from the ship and inspected after two SARS Customs sniffer dogs indicated the possible concealment of endangered species products in the container.

“The container was found to contain 156 boxes of frozen abalone to the value of R2.37-million hidden amongst other items‚” said Memela.

The frozen boxes of abalone were handed over to the Department of Agriculture‚ Forestry and Fisheries (DAFF) and the Hawks for further investigation‚ Memela added.

Eastern Cape cops have landed a hammer blow to an abalone smuggling syndicate with the seizure of 1.6 tons of abalone worth R2.6-million at Durban’s ...
News
4 years ago

The illegal trade in marine resources was dealt a blow this morning when an explosion at a house in Maitland exposed an illegal abalone processing ...
News
4 years ago