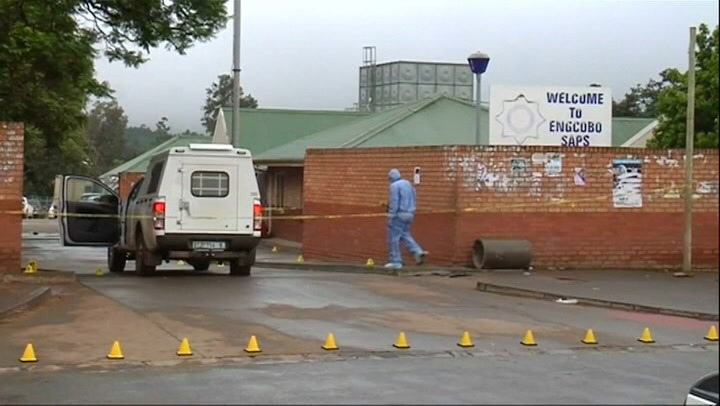 Engcobo police station commander Colonel Vukile Jackson Ntuli has described in chilling detail how a group of men stormed his station this week in a deadly rampage, killing five officers.

A sixth victim, a retired soldier, was shot dead in the road near the police station.

It is believed as many as 20 men were involved in the attack, which coincided with the robbery of two ATMs close to the station. Police suspect the ambush on the officers was an attempt to distract them from the ATM robberies.

“They were heavily armed with powerful weapons,” said Ntuli. “They turned the service office into a battlefield.”