'How I untied electrical cord from Susan Rohde's neck' 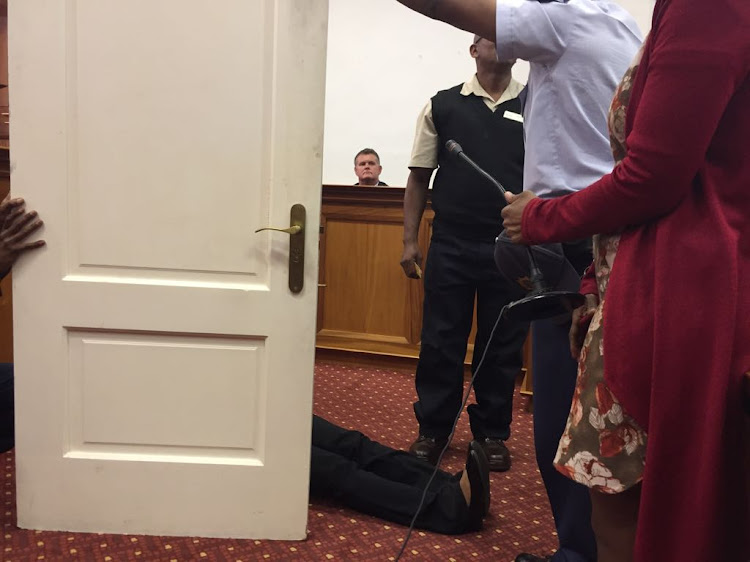 A maintenance man at Spier wine estate in Stellenbosch has demonstrated the moment he found Susan Rohde dead in her hotel bathroom.

A door was set up in court for Daniels’ demonstration and Rohde watched as police and spectators played the part of him and his wife.

Daniels said he received a phone call on July 27‚ 2016‚ asking him to assist a guest who could not open the bathroom door in his room. “I went to the room‚ knocked on the door‚” Daniels told Judge Gayaat Salie-Hlophe. Rohde admitted him.

“I thought something must have happened‚ that is why the door couldn’t open‚” said Daniels‚ adding that he unlocked it with the aid of a screwdriver. 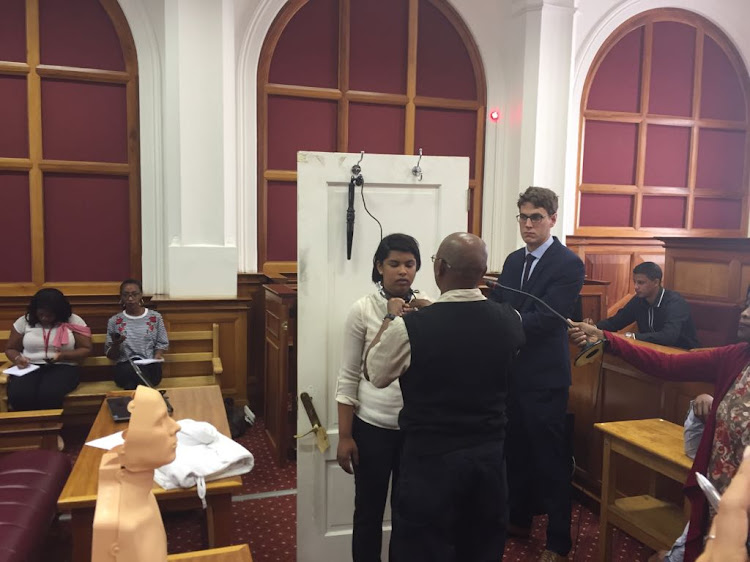 Spier maintenance man Desmond Daniels demonstrates in the High Court in Cape Town on Wednesday how he untied the cord of a hair iron from Susan Rohde's neck.
Image: Petru Saal

When he opened it‚ Rohde ran into the bathroom crying‚ “Suzie!”

Daniels said he remained in the bedroom. “We get training that when the guests arrive you don’t interfere with them. There was a silence of two to three seconds before he [Rohde] called me.”

When he entered the bathroom‚ Susan was lying naked on the floor with the flex of a curling iron tied around her neck‚ Daniels said.

Rohde held Susan while Daniels untied the flex. “The cord was not tight around her neck because I could untie it easily. After I untied the knot I moved out of the bathroom‚” he said.

He then asked security to call an ambulance as he had noticed Susan was not breathing.

Daniels also testified that there are no electrical sockets in the bathroom.

State prosecutor Louis Van Niekerk asked Daniels whether he had any first aid training‚ and Daniels replied that he did.

Rohde’s lawyer‚ Graham Van der Spuy‚ requested a postponement before cross-examination as he needed to “challenge this evidence”.

However‚ he asked Daniels to clarify whether the hook at the back of the bathroom door was loose when the cord was tied around it. Daniels said he did not know.

The trial will continue on Thursday with evidence from another state witness.

Susan Rohde would have been semi-conscious‚ writhing with pain and coughing up blood in the time leading up to her eventual death by manual ...
News
3 years ago