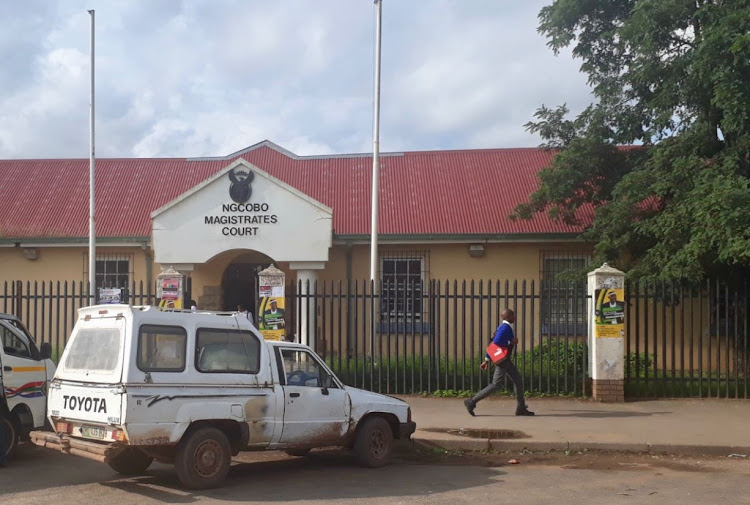 The sixth suspect in custody he is expected to appear in the local magistrate's court tomorrow.
Image: GroundUp/ Nombulelo Damba-Hendrik

Eastern Cape police made another arrest on Wednesday morning in connection with the police massacre at the Ngcobo police station a week ago.

Captain Anelisa Feni‚ Hawks Eastern Cape spokeswoman‚ said that the man was arrested for the illegal possession of a firearm that forms part of the weapons stolen during the attack.

“This makes him our sixth suspect in custody. He is expected to appear in the local magistrate's court tomorrow‚” said Feni.

Last Wednesday‚ six policemen and an off-duty soldier were killed when gunmen struck at the Ngcobo police station. The suspects stole 10 firearms.

Slain Ngcobo police officers to be laid to rest today

A small Eastern Cape town will unite in their mourning on Tuesday in the wake of the murders of six police officers and an ex-solider.
News
3 years ago

Four men accused of killing five policemen in a raid on an Eastern Cape police station last week appeared briefly in the Ngcobo Magistrate’s Court on ...
News
3 years ago

Two more hand themselves over in Ngcobo shooting massacre case

Two men believed to be leaders of the Seven Angels Ministries Church‚ which is at the centre of the death of 13 people this past week‚ have handed ...
News
3 years ago