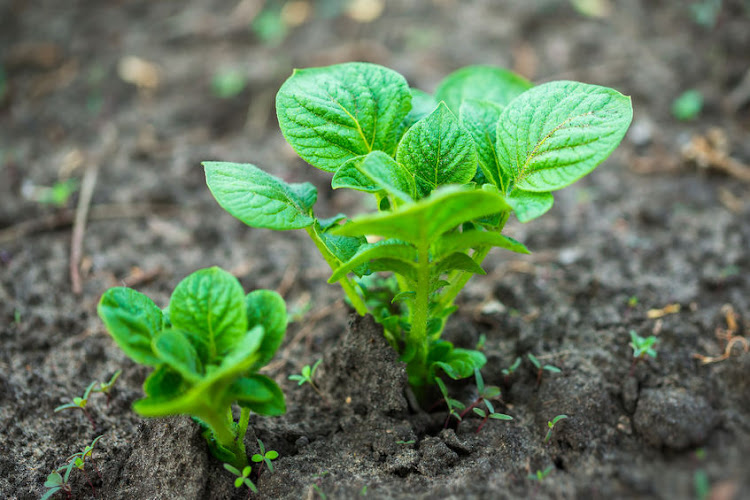 “We have to work with farmers now to find out how best we can support them to stay on-farm and support the industry as a whole‚” Winde said.
Image: 123RF/Andrei Ivanov

Research conducted into the economic impact of the drought on agriculture has revealed that the sector will take a higher than anticipated economic knock‚ says Western Cape minister of economic opportunities‚ Alan Winde.

A report compiled by the Department of Agriculture‚ in collaboration with the Bureau for Food and Agricultural Policy (BFAP)‚ estimates that the impact of the drought on the province’s Gross Value Added will be R5.9 billion‚ representing an average production decline of around 20%‚ his office said in a statement. GVA is a measure of all the goods and services produced by a sector.

Modelling conducted in October indicated that the impact to the province’s GVA was likely to be around R4.9 billion. However‚ record losses in wheat production‚ coupled with the strengthening Rand impacting export prices‚ drove this figure up.

The estimated number of job losses in the sector remains at 30‚000. Winde said “StatsSA jobs data released in February indicated that we had actually gained jobs in the agriculture sector over the last quarter‚ however‚ if we compare the past quarter to same time period last year‚ we see the severe impact that this drought is beginning to have on jobs and livelihoods”.

The agriculture sector has on average had to cut its water use by 60% and some areas have already drawn down their entire water allocation.

As a result‚ there has been a significant decline in farm output as farmers prioritize crops with higher profit margins‚ such as fruit‚ and abandon vegetables and other crops.

There was a reduction of about 1000 hectares of area planted for both potatoes and onions.

Smaller export volumes have resulted in income losses. In addition‚ export prices are being affected because fruit is smaller or sunburned.

Exports volumes are expected to decline between 13% and 20% this year.

Winde said: “We recognise how difficult this period has been for farmers. These numbers bring home the impact of this drought‚ not just on our economy‚ but on our people. We have no choice but to support this vital sector to ensure that it is able to continue production until good rains come.”

He noted: “The agriculture industry has taken several knocks aside from the drought. We estimate the economic impact of avian flu on poultry farmers to be around R800 million. Thunderstorms and hail recently destroyed around 200‚000 cartons of late season plums and the strong Rand is taking its toll on exporters.”

“We have‚ however‚ seen real resilience and innovation from farmers during this period. Conservation agriculture and the exploration of alternative crops are showing good results for farmers who have employed them. Berries for example‚ have shown excellent growth as a crop‚ despite the drought.”

Early on in the drought‚ the Western Cape Department of Agriculture used own funds to support emerging farmers and farmworkers‚ particularly in the grain sector‚ with a drought aid package which would allow them to remain in operation. “This aid was dispensed to farmers who we had already invested in‚ to ensure that they were given the best possible chance of making it through this difficult time. These farmers have indeed survived to date.”

“We have to work with farmers now to find out how best we can support them to stay on-farm and support the industry as a whole‚” Winde said.

Going forward‚ he said the priority will be for the drought to be declared a national disaster‚ so that further resources can be unlocked to protect food security and the livelihoods of workers who have been severely impacted.

“This drought underscores the need to urgently improve our storage capacity so that we can harvest more rain in the good years. In 2014‚ our dams were 100% full‚ and we experienced flooding. We therefore welcome the R6-billion in funding for drought relief and water infrastructure countrywide‚ as announced in the national budget‚ although this figure is far too little‚ and far too late. We call on the national government to ensure that no delays are experienced in the spending of these funds."

He urged new Minister of Water and Sanitation Gugile Nkwinti to urgently get the Brandvlei Dam canals and Clanwilliam Dam upgrades on track‚ and to put a proper maintenance schedule in place for existing infrastructure‚ to ensure that the province’s water storage capacity is improved.

Breakdown of the GVA impact for specific crops:

Wheat and grains: Record losses were recorded in wheat production from 1.1 million tonnes in 2017 to 586 000 tonnes in 2018. This 47% decline is higher than anticipated and represents a loss of R2.4 billion in the grain sector. Other grains such as canola and barley were also affected resulting in a total loss in the grain sector of R2.8 billion.

Citrus: This harvest has not commenced. Early predictions suggest a modest decline of 7.7%‚ resulting in losses of R259 million. If good rains fall in the next two months‚ citrus farmers may be able to improve these outcomes.