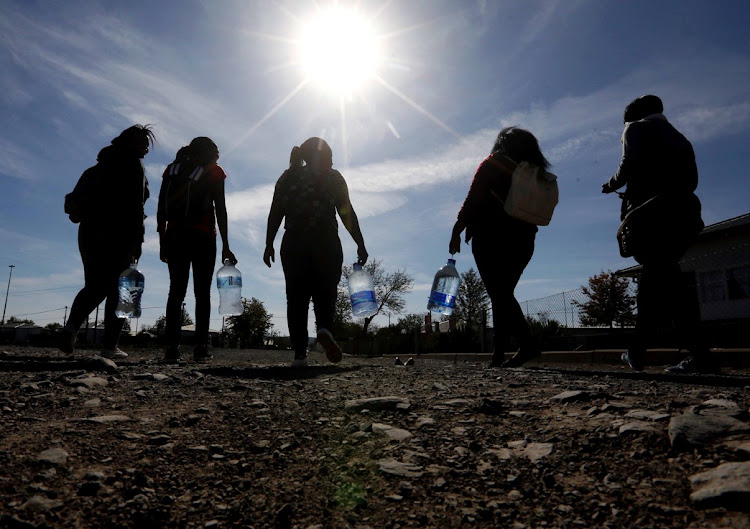 Residents in Cape Town will probably not see Day Zero this year if they continue to use 50 litres of water a day‚ but that puts the next Day Zero target in the middle of next summer.

Deputy mayor Ian Neilson said on Thursday the current Day Zero projection‚ which is based on dam levels‚ was in mid-July — placing it in the middle of the rainy season.

Rainfall patterns over the past two years had become extremely unpredictable‚ and models assumed 2017’s well-below-average rainfall as the “new normal”‚ he said.

“Regardless of rainfall or water supply augmentation‚ Cape Town needs to continue striving to reduce average daily consumption to 450 million litres a day.

Cape Town framer designs a plate you don't have to wash

Nobody likes the do the washing up after dinner‚ especially given the amount water it uses in the current drought. But now thanks to third-generation ...
News
4 years ago

“This must be done not only to stretch our supplies as far as possible‚ but also because the national Department of Water and Sanitation has imposed a 45% restriction on the city’s water use for the current hydrological year (November 1‚ 2017 to October 31‚ 2018)‚” said Neilson.

“If we do not adhere to this restriction‚ there is a chance that the national department may impose even more stringent restrictions on Cape Town in November 2018.”

Meet the farmers living on the banks of Cape Town's largest water supply, the Theewaterskloof dam.

Neilson said consumption over the past week averaged 516 million litres a day and that dam levels dropped by 0.4 percentage points to 24%.

“Our latest Day Zero projections take into account the continuing drop in urban consumption over the past weeks‚ the Groenland water transfer‚ and the discontinuation of the agricultural releases for this hydrological year‚” said Neilson.

Water usage to be halved at UCT

Students and lecturers alike will now need to use 50% less water every day‚ across all campuses at the University of Cape Town. Failure could risk ...
News
4 years ago

“Of course‚ the one factor we are still unable to predict is the rainfall expected this winter. We have therefore drafted three different scenarios for Day Zero‚ based on no rainfall‚ rainfall at 100% and rainfall at 85% of the rainfall received in 2017‚” said Neilson.

They also considered the impact of augmentation programmes‚ including desalination and aquifer extraction‚ which are expected to add 180 million litres of water a day once all programmes are fully implemented.

Neilson told TimesLIVE the spectre of Day Zero had made the City of Cape Town the most water resilient city in South Africa.

Book and art lovers may want to swot up on the "great unwashed" style that some followers of grunge music adopted in the 1980s‚ because the Cape ...
News
4 years ago

“We have to progressively over time build up our alternative supply to make sure we can cope. In the end we can’t just have enough to get through a disaster‚ we need to have more than that‚ we need to rebuild to a position where there is sufficient water for economic growth and the quality of life‚” he said.

“In South Africa we are already the lowest per capita users of all the metros in the country. Already before this drought we were already sitting at 200 litres of water per person per day‚ where Joburg is sitting with 250 to 300.”

Mayoral committee member for safety and security JP Smith said planning for the crisis had also helped the city to plan for other natural disasters which might befall the city‚ such as a hurricane or an earthquake.