Religious groups must be accountable to a body - CRL 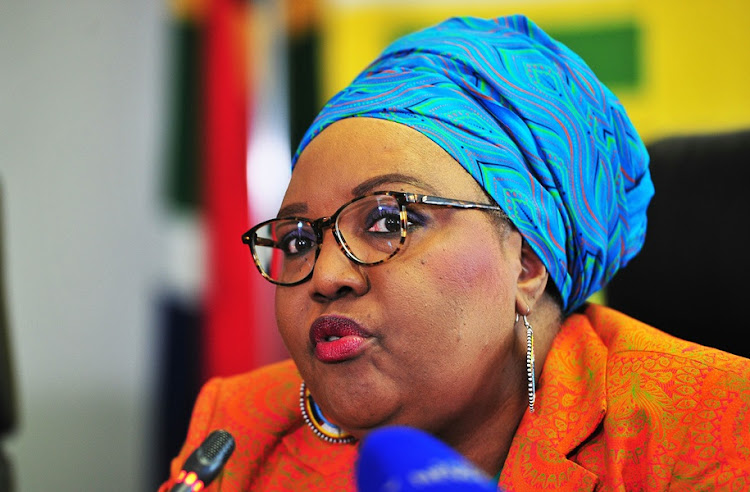 Head of the Commission for the Promotion and Protection of Cultural, Religious and Linguistic Communities (CRL Rights Commission) Thoko Mkhwanazi-Xaluva.
Image: Veli Nhlapo

Chairperson of the Commission for the Promotion and Protection of Cultural‚ Religious‚ and Linguistic Rights (CRL) Thoko Mkhwanazi-Xaluva says the organisation has never proposed that religion must be regulated.

"We never proposed religion to be regulated. What we said was that there must be a regulatory framework to stop incidents like Engcobo (police station) from happening‚" Mkhwanazi-Xaluva said at media briefing on Thursday.

She said the CRL called the media to address issues around the controversial Mancoba Seven Angels Ministry church in Ngcobo and the report it compiled on it.

The church made headlines last week after it was linked to the police massacre in Engcobo.

Mkhwanazi-Xaluva told the media that the CRL is currently being sued for warning that people would die if nothing was done about the church. "We knew that some from the religious sector would want to punch holes in the proposals."

She said the CRL does not have powers to police what religious bodies do. "We can only investigate and report. The CRL Act is very prescriptive about what we can do."

In its 2017 report on the commercialisation and abuse of people’s beliefs‚ the CRL classified the Mancoba brothers as “extremists” after they refused to follow instructions.

The Mancoba brothers of the Seven Angels Ministries church told the CRL that the Constitution and the country’s educational system were driven by Satan.

The church was the scene of a bloody shootout on Friday in which seven people‚ suspected to have been involved in an attack on the Engcobo police station in the Eastern Cape‚ were killed by police.

Five policemen and a retired soldier were killed in last Wednesday’s attack on the police station. Three of the Mancoba brothers were among the seven suspects killed in the subsequent shootout at the church‚ which police said was being used as a hideout by the suspects.

Freedom of Religion South Africa (For SA) is questioning why authorities did not alert law enforcement if they were aware of the "ticking time bomb" ...
News
4 years ago

In its 2017 report on the commercialisation and abuse of people’s beliefs‚ the CRL classified the Mancoba brothers as “extremists” after they refused to follow instructions when the commission summoned them for a consultation in Johannesburg.

Their leader‚ Banele Mancoba‚ argued that their lack of compliance was due to not regarding themselves as people of this world.