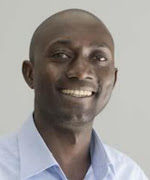 The University of Johannesburg has asked students and staff to refrain from speculating around the death of PhD student Baraka Nafari and allow police investigators to complete their work to ascertain the facts of the matter.

The university was responding to a letter circulated on Thursday which accused the university of inaction following Nafari’s death on February 23.

Some of Nafari's colleagues claimed in the letter that UJ’s own CCTV footage showed Nafari and a fellow UJ student running for their lives while two men in a taxi pursue them.

They said the university only provided the police with the CCTV footage on Wednesday‚ five days after the incident.

The university said the incident was currently being investigated by the police. Police confirmed that a case of culpable homicide had been opened.

“The South African Police Service is currently investigating the incident and we are resolutely working closely with the SAPS to shed further light on this matter‚” UJ spokesman Herman Esterhuizen said.

He said Nafari‚ a PhD student and research assistant within the Department of Economics and Econometrics‚ was knocked down by a vehicle just outside the university’s premises in Auckland Park.