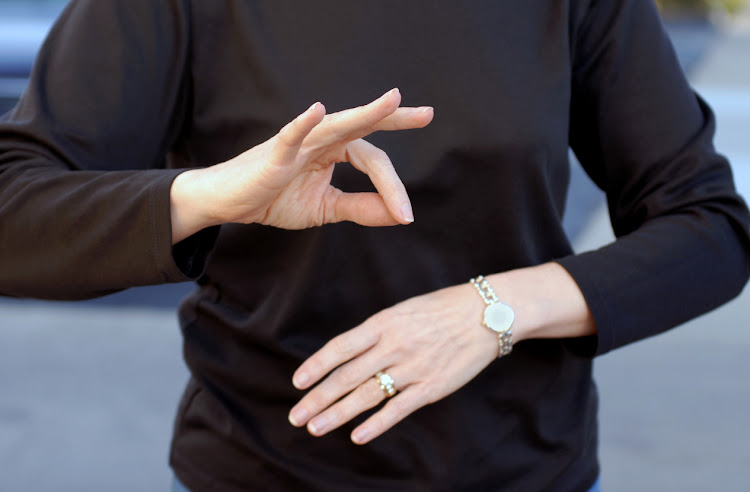 South African Sign Language (SASL) has been officially recognised as a home language in the country's education system.

"It is a source of great elation for all in the education sector that SASL is finally being recognised as part of the overt curriculum – as it always should have been‚" said Umalusi spokesperson Lucky Ditaunyane. Umalusi is the council for quality assurance in general and further education and training.

"Deaf learners in South Africa no longer need to feel like foreigners in their own land‚ and at last they can exercise their rights to be taught and assessed in their own language.

"This may be a bigger step than many people realise‚ for in recognising SASL as a home language in our education system‚ the system is by implication recognising deaf culture as a fundamental part of South African culture."

Translating Sona: How the middle finger was displaced by a thumbs-up

Translating this year’s state of the nation address was a breeze‚ says the sign language expert who went viral after showing the middle finger at ...
Politics
4 years ago

On Friday Umalusi released a report of its research study on the inclusion of SASL in the curriculum as one of the examinable subjects for the National Senior Certificate. The aim of the study was to provide guidance to the quality assurer for SASL as home language with specific reference to school-based assessment and national examinations.

The scope of the study also encompassed understanding how deaf learners are assessed as well as the kind of resources and materials required for assessment‚ including identifying potential national moderators and evaluators.

Chairperson of Umalusi council prof John Volmink said on Friday: “Today we can say to deaf learners that the system has fully embraced them‚ that their language is valued and respected‚ and that they now have the opportunity to learn and study and be tested through the medium of their home language.”