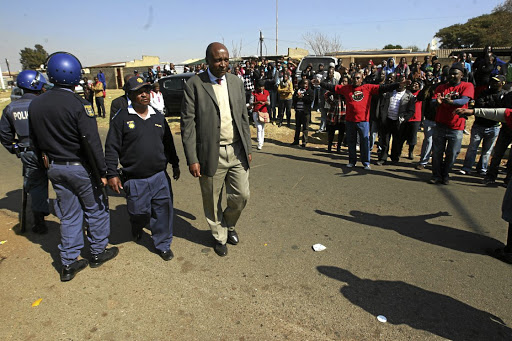 Dan Nkosi, principal of South West Gauteng TVET College, which has 9,000 more students than Tshwane South TVET College says that they are trying everything possible to spend less money on things that are not academic.
Image: Vathiswa Ruselo. © Sowetan/Sunday World

The Special Investigating Unit is investigating how much a Pretoria college spends on student parties.

The budget for student representative council  activities, at R16-million this year, remains generous, with the body’s 36 members spending this weekend at a Hartbeespoort conference centre to elect a leadership team. Staff  say holding the election on campus could have saved R100,000.

Almost R3-million of the student activities budget is earmarked for three parties.

A quotation seen by the Sunday Times shows the college paid R53000 to hire two inflatable pools and a giant water slide.

Read the full story in the print edition of Sunday Times