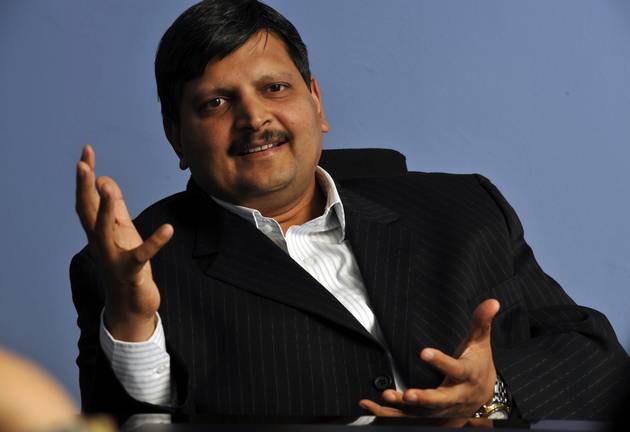 Well-placed sources in the Hawks confirmed last week that there are arrest warrants for Atul Gupta and his brother Rajesh in connection with the Estina Dairy project.

The revelations come as a fight between the NPA and the Hawks over the handling of the Estina investigation has reached tipping point with Parliament now stepping in to intervene.

The source told TimesLIVE that the Hawks have until now only confirmed that Ajay Gupta is wanted on different charges - in a bid to lure Atul and Rajesh back to South Africa.

DA to lay a complaint against fake Gupta BBBEE certificates

The Democratic Alliance is to lay a complaint‚ with supporting evidence‚ to B-BBEE Commissioner Zodwa Ntuli in Pretoria on possible fraudulent BEE ...
Politics
4 years ago

Ajay is a known fugitive and is wanted in relation to his alleged bribery offer to former deputy finance minister Mcebisi Jonas in 2015.

The source said the Hawks had to for the last two weeks rely on their planned modus operandi of only confirming that Ajay was wanted in the hope his two brothers would attempt to return to South Africa and be nabbed upon return.

But this plan seems to have fallen flat- with the Hawks relying on Interpol to assist in their arrest as well as the arrest of a Chinese businesswoman linked to Estina Dairy.

The Hawks are blaming the NPA for sitting on a complete Estina Dairy investigation for months, before in February giving the arrests the go-ahead when Atul and Rajesh had already skipped the country.

On the brink: slow burn at Gupta-owned mines

Employees at four Gupta-owned mines have no overalls, hats and safety gear and have been told to go easy on the milk.
News
4 years ago

Last week acting Hawks head Yoliswa Matakata told Parliament that the NPA hampered the Gupta-linked Vrede dairy farm case coming to court by sitting on the docket for months. She also accused the NPA of sitting on other finalised state capture investigations.

The fight between the criminal justice institutions has now led to Parliament cracking the whip on Friday‚ announcing that both National Director of Public Prosecutions Shaun Abrahams and acting Hawks head Matakata must appear before it on Wednesday.

Parliament’s portfolio committees on Justice and Police called for a joint urgent meeting to get answers on the Estina Dairy investigation and other state capture cases.

Four mines owned by the Gupta family will be back up and running on Saturday after some were shut down by striking workers for a little more than a ...
News
4 years ago

Health Minister Aaron Motsoaledi has instructed the North West department of health to end a contract with Mediosa‚ a Gupta linked company.
Business Times
4 years ago

Parliament is demanding answers on allegations that the National Prosecuting Authority deliberately delayed making arrest in the high-profile ...
News
4 years ago