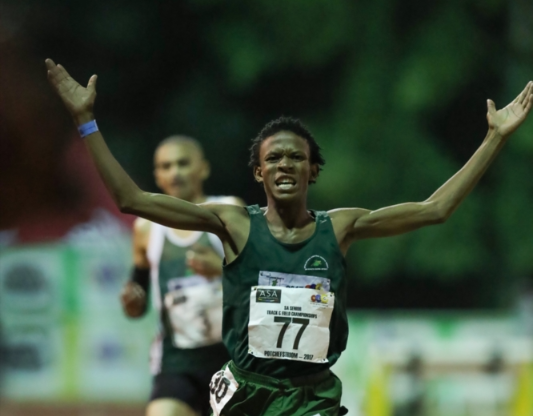 The case of national 5 000-metre athletics champion Thabang Mosiako‚ who was racially attacked by a group of young men‚ has been transferred to the Independent Police Investigative Directorate (Ipid).

Mosiako almost forfeited a chance to represent the country at the CAA African cross country championships in Chlef‚ Algeria‚ this month after he was attacked a month ago at Die Bult‚ a student hangout a few blocks away from the Potchefstroom campus of the University of North West.

So far no arrests have been made as the investigation took a different turn.

“The investigation is still on. The police failed to investigate all members in this case. They only focused on the white suspects and not their police colleagues. So far‚ no suspects have been identified‚ with police nor the white suspects‚” said Moses Dlamini‚ Ipid national spokesman.

South African triathlete‚ Mhlengi Gwala‚ was attacked by handsaw-wielding robbers while training in Durban on Tuesday‚ a friend has revealed.
News
4 years ago

The allegation is that the officers whom Mosiako and his friends asked for help from did not assist them.

Although his hope has been restored as a doctor said he could run again‚ Mosiako said he was disappointed that police have failed to arrest suspects weeks after the incident.

Asked whether he thought any arrests will be made ultimately he said‚ “I’m not sure‚ because its been a month and nothing happened”.

The scuffle began after Mosiako reprimanded a group of young men for being verbally rude to a cashier at the student hangout.

Meanwhile‚ the launch of anti-racism week by the Anti-Racism Network of South Africa is under way in Johannesburg on Tuesday.

SA stands to lose a champion after race attack

The coach of South Africa’s 5000-metres athletics champion Thabang Mosiako described the athlete – who was assaulted in an alleged racial attack – as ...
News
4 years ago

The South African 5000m national athletic title holder who was attacked by a group of white students in the North West says racism does not make ...
News
4 years ago