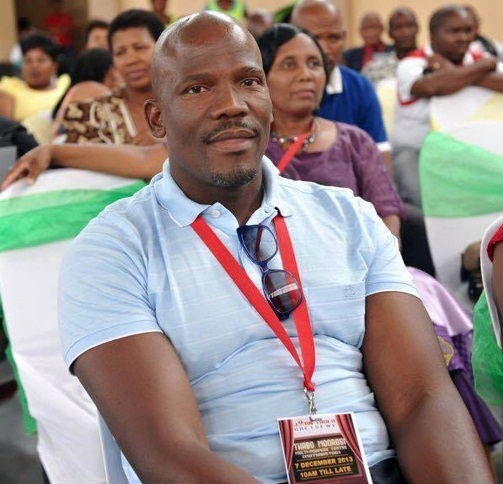 The High Court in Pretoria has been taken through the technical details of the methods used by police to identify the four suspects in the murder of North West businessman Wandile Bozwana from close-circuit television footage.

Police senior forensic analyst Captain Ludumo Gqotso testified on Wednesday that he received a sealed evidence bag with four storage devices‚ each sealed in an evidence bag‚ on 23 November 2015.

Gqotso said he then went on to analyse the images to identify the victim and the suspects‚ using facial recognition and image-enhancement techniques.

Bozwana’s attackers overtook his car at ‘high speed’ after shooting

The computer forensic analyst‚ who has worked on more than 700 cases in a career spanning more than 12 years‚ said he then marked the victims and the suspects in the footage using arrows.

Asked by prosecutor Jennifer Cronje how he knew the victims and the suspects‚ he said this information was provided to him by the investigating officer.

Gqotso said that after his analysis he handed over his report‚ which contained a picture album‚ to the administration of the forensic science laboratory in Silverton for safekeeping and collection.

The state has placed it on record that the footage of the movements of Bozwana and his lover‚ Mpho Baloyi‚ were followed as they went about their errands in Nelson Mandela Square in Sandton‚ before they were ambushed on the Garsfontein off-ramp of the N1 in Pretoria.

The state will argue that the footage will also prove that Bozwana’s murder was planned and the suspects acted in common purpose to commit the crime.

The High Court in Pretoria is set to view and make a determination on close-circuit television footage of several locations visited by North West ...
News
4 years ago

On that fateful afternoon of October 2 2015 the duo stopped at the traffic light on the N1 Garsfontein off-ramp‚ a BMW M3 pulled up next to them and a man got out and opened fire.

Bozwana‚ 43‚ who died later at Unitas Hospital in Pretoria‚ was hit at least nine times. Baloyi was hit twice.

Mathibela is out on R50‚000 bail and the other three are in custody.

Gqotso was testifying in a trial-within-a-trial for the court to determine the admissibility of the footage as evidence.

Trial of men accused of break-ins at state offices delayed

The two Pretoria men charged in connection with a spate of break-ins at state offices won't get their wish for a speedy trial just yet.
News
4 years ago

‘Hitmen for Hire’ delves into the underworld of informers, rogue policemen, taxi bosses, gang leaders and crooked businessmen. Here is an excerpt
Opinion & Analysis
4 years ago

The case against four men accused of the execution-style killing of ANC-connected businessman Wandile Bozwana has been transferred to the high ...
News
5 years ago