Campaign raises over R200,000 for triathlete after horror attack 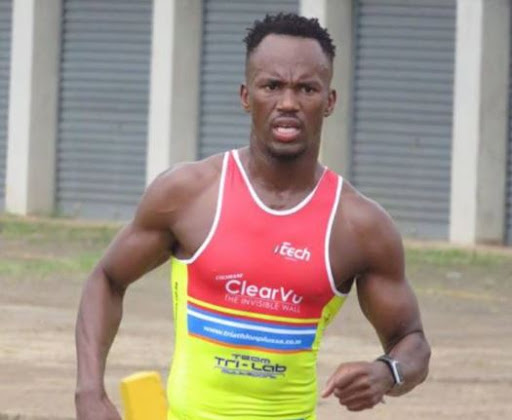 Fellow triathletes and donors from around the world have clubbed together to help Durban sportsman Mhlengi Gwala pay for his medical bills as he recovers from a handsaw attack while he was on a cycle training ride.

The fundraising target for Gwala was R100‚000 when a crowdfunding campaign was launched a day ago. It is now been raised to R300‚000 because of the generosity of his supporters.

A total of R226‚675.07 had been donated for his medical needs as at Thursday morning‚ along with messages of encouragement for him.

"Mhlengi - looking forward to our next worlds together‚" commented athlete Jason Wilford‚ while Nickey Seger shared‚ "In the end only kindness matters! Speedy recovery fellow triathlete. See you back in action soon".

Both contributed just over R1‚000.

Police are searching for three men believed to be linked to the brutal handsaw attack on South African triathlete Mhlengi Gwala.
News
3 years ago

Gwala was accosted by three men on Tuesday during a training ride. They pulled him off his bike and into some bushes‚ then took a handsaw and tried to cut his leg. He is now receiving medical treatment in hospital, while the motive for the attack is still under investigation.

On the Triathlon SA Facebook page‚ Erika Lawrence said: "This is the worse thing I've ever heard! What on earth is going on with these people? The excruciating pain that he must've gone through. No man should ever have to go through something like this or live with the memory. Besides physical help‚ this will come with great need for psychological help. I'm so sorry for what he had to go though."

Claire Holtak commented: "May the evil that did this to you be outweighed by the care‚ good wishes and heartfelt prayers coming your way today and the months to come. May you be miraculously healed and protected from damage and trauma!"

The crowdfunding campaign for the promising triathlon competitor is running on the BackABuddy website‚ titled “Get Mhlengi back on his bike".

“We are hoping to raise funds to support him with all his medical expenses‚ transportation‚ bike replacement and rehabilitation costs. We want to see him back on his bike!‚” JP Valverde asked supporters.