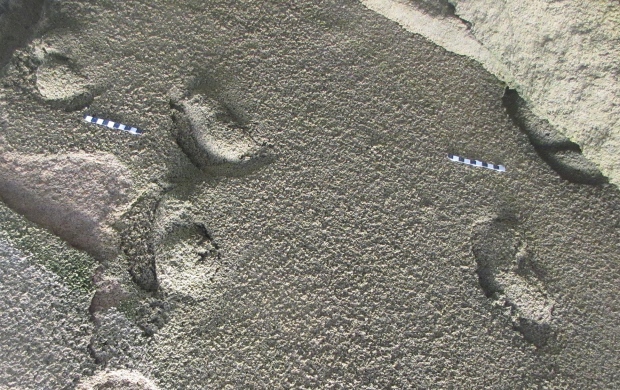 Barefoot‚ the family crested a dune on the Garden Route and gazed out at the Indian Ocean 2km away. The salty tang in the air and the distant crash of waves on the rocky shoreline told them their destination was near.

Eager to reach the sea‚ they began to run down the 20-degree slope in front of them‚ some of them even leaping in excitement as they went.

What happened next is not known‚ but the historical importance of this everyday sequence of events is difficult to overstate. That’s because it provides some of the first evidence of human activity in the late Ice Age‚ 90‚000 years ago. The family’s joyful descent of the dune was captured in their footprints‚ which have been discovered in the last two years in a cave between Buffalo Bay and Brenton-on-Sea‚ just west of Knysna.

Those prints — dozens of them — fill a 71‚000-year gap in the ancient history of Homo sapiens. They are the first evidence of modern human activity between 117‚000-year-old tracks in Langebaan on the Cape west coast and 46‚000-year-old evidence from a cave in Greece.

Helm is affiliated with the African Centre for Coastal Palaeoscience at Nelson Mandela University in Port Elizabeth. He and a team of international researchers have just announced the find in an article in the open-access journal Scientific Reports.