School staffer suspended over sex videos with ‘dozens of pupils'

School desks Images of a staff member at a Cape Town high school with girls - some in school uniform and in suggestive poses - have emerged on social media‚ with the children’s faces concealed. File photo.
Image: Gallo Images/ IStock

A staff member at a Cape Town high school has been suspended over allegations that he filmed himself having sex with dozens of pupils.

Images of the man with girls - some in school uniform and in suggestive poses - have emerged on social media‚ with the children’s faces concealed. Millicent Merton‚ a spokesman for the Western Cape education department‚ confirmed it was aware of a sexual misconduct allegation against the staff member.

“We view allegations of this kind in a very serious light and investigate them immediately. Our labour relations directorate is investigating‚” she said. TimesLIVE has established that the 52-year-old man‚ who cannot be identified‚ was suspended on Wednesday. Police spokesman Sergeant Noloyiso Rwexana said there was “no record of sexual assault cases” at the Grassy Park school. However‚ it is understood police have been informed and an investigation is pending.

The man has worked for the school for several years‚ and before he deleted his Facebook account this week it overflowed with images of him - often dressed to the nines – accompanied by comments complimenting him on his appearance. 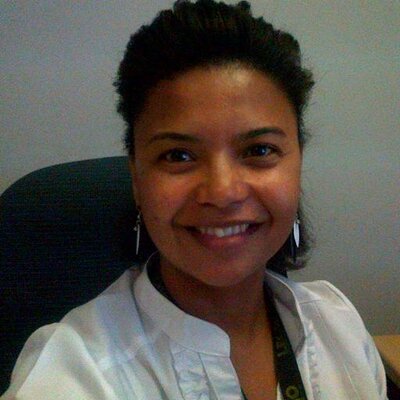 Millicent Merton‚ a spokesman for the Western Cape education department‚ confirmed it was aware of a sexual misconduct allegation against the staff member.
Image: Millicent Merton via Twitter

A Twitter user recently posted images of the man with schoolgirls‚ which were found on a flash drive. In addition to suggestive poses‚ there were photographs of him kissing a girl and touching another girl’s breast‚ and a selfie with another girl in the back seat of a car.

In February‚ the Sunday Times was approached by a man who said he had bought the flash drive for R50 from a tik addict who claimed to have found it in the street.

When he opened it‚ the man - known only as Rasta - discovered the images and videos featuring the man with girls from his school and another nearby‚ and he said he wanted to sell them to the newspaper. A Sunday Times reporter met Rasta at a shopping mall‚ and while the reporter did not look at the images or videos‚ he noted 26 folders‚ each labelled with the initials of the school‚ followed by the girls’ first names and the first letter of their surnames. There were also 35 videos labelled in the same way.

Rasta said he had watched all the videos‚ which showed the staff member having sex with the girls.

The flash drive also contained documents such as a school curriculum‚ applications for admission‚ appointment schedules and class lists.

The reporter established that some of the girls named on the device were listed as friends on the man’s Facebook account. The newspaper declined to pay for the flash drive and advised Rasta to hand it over to the police.

However‚ on Wednesday he told TimesLIVE he had approached the Twitter user because he believed it was a more effective way of exposing the alleged abuse.

“I didn’t go to the police because sometimes cases disappear. I wanted justice in this matter and now that it is out in the public I am sure the police will investigate‚” said Rasta.

South African author Ishtiyaq Shukri has lashed out at Archbishop Emeritus Desmond Tutu over his decision last month to step down as an ambassador ...
News
4 years ago

Bathabile Dlamini at ministry of women is 'abuse - gender activists

A slap in the face. That's what South African gender activists are calling President Cyril Ramaphosa's appointment of Bathabile Dlamini as the ...
Politics
4 years ago

How teens suffer at the hands of depression and anxiety

Imagine a young child in primary school‚ standing in the corner of the playground‚ watching her peers running around and laughing loudly as they play ...
News
4 years ago

The significance of court preparation therapy for children in sexual abuse cases came under sharp focus when the trial of Pretoria North family ...
News
4 years ago