How the tragic loss of a father inspires hope 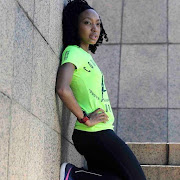 Zanele Hlatshwayo regarded her father as a hero who was there for her every step of the way. Suddenly he was dead. Suicide.

But now his legacy lives on through his tenacious daughter who has run 18 gruelling races in just seven months to help people who suffer from of depression. Hlatshwayo‚ a video specialist for Google‚ lost her father Phillip in 2008‚ when he committed suicide at the age of 47. She was 24 years old at the time.

“My father was my hero. He was the man who was there for me every step of the way. He never missed a parents meeting‚ prize-giving or any graduation ceremony. He taught me that I can be whoever I want to be and that all my goals are possible‚” she said.

“He never missed an opportunity to encourage me. He was there every step of the way until he took his life on that fatal morning.” She is determined to keep his memory alive and had committed herself to running 18 races in seven months to raise money for the South African Depression and Anxiety Group (Sadag).

“I couldn't understand why my father had to leave me. I was angry‚ broken and ashamed that the strongest man I've ever known took his own life I kept asking myself ‘what was he thinking?’. At first I was running away from my pain but eventually running became a coping mechanism for me. Now running has become my sacred space where I get to heal‚ clear my head‚ but most of all where I get to conquer‚” she said.

The 33-year-old has completed seven races but she has two tough races ahead of her - the Two Oceans and the Comrades marathons. “I have decided to rise and raise awareness about depression and suicide: silent killers that are scourging our beautiful country. I want to demystify mental illness and create a dialogue so that people no longer have to suffer in silence. If my BackaBuddy campaign saves one life‚ my purpose on this earth would have been fulfilled‚” she said.

Hlatshwayo is not alone. Sadag said that of an estimated 460 South Africans who attempted to commit suicide every day‚ 23 people of those died. Sadag operations director Cassey Chambers said the organisation was proud of Hlatshwayo and how she was raising public awareness on the issue.

“To come forward and say‚ ‘my dad‚ who everyone thought was happy and successful‚ could actually be suffering from depression and he actually committed suicide’. The fact that someone has come out and spoken about it takes a lot of courage and that will really help debunk the myths about mental illness‚” she said.

Chamber said one in three South Africans suffered from one form of mental illness in their lifetime but the stigma surrounding it still needed to be tackled.

“We also know men are less likely to talk about their depression. We’ve still got that culture of cowboys don’t cry. Men are brought up not talking about their feelings or emotions. When we look at the stats we know that men are five times more likely to commit suicide than women because they aren’t talking about their depression. It is incredibly sad.” Hlatshwayo’s campaign on crowdfunding page BackaBuddy went live in January and has received close to R30 000 from 58 donors.

Nadine commented: “Thank you for bringing attention to this very important issue!! We don't talk about it enough!”