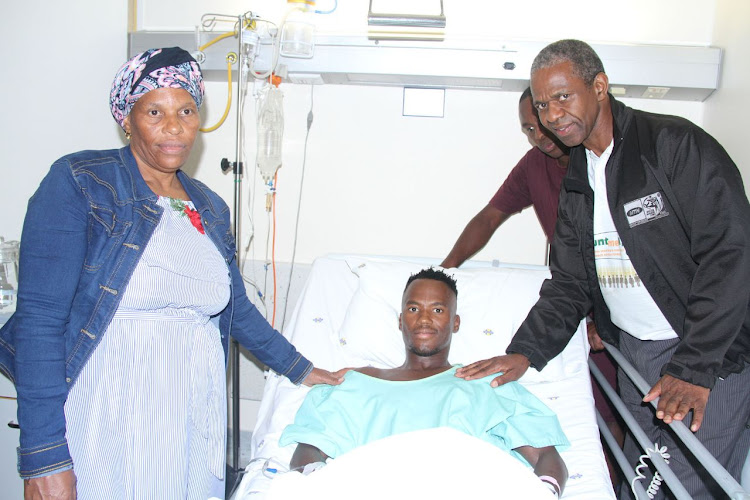 South Africans have rallied around triathlete Mhlengi Gwala in a “remarkable” manner, with a crowdsourcing initiative that started on Wednesday already raising nearly R600,000 after exceeding its targets multiple times.

His harrowing ordeal, in which three men tried to cut his leg off with a handsaw, has not robbed him of his fighting spirit.

Speaking briefly to TimesSelect on Thursday, Gwala – who survived the vicious 3am attack on him in Durban two days ago – said: “I’m good.”

Close friend and fellow triathlete Sandile Shange, who visited Gwala at the private hospital where he successfully underwent surgery, said he was in good spirits but was in intense pain and heavily medicated.

“He has been blown away by the support shown by fellow South Africans‚” said Shange.