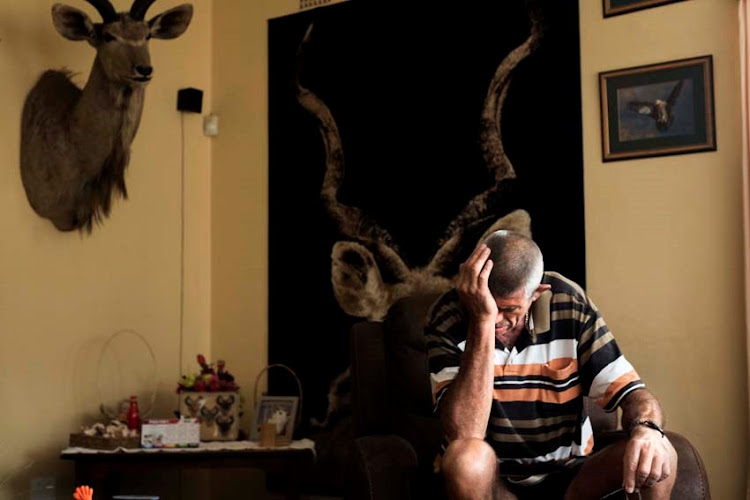 Paul Swart takes a moment in his lounge in Kriel, Mpumalanga, on Wednesday after losing his life’s savings through a scam.
Image: Greg Roxburgh

Kriel residents call it the “Jordaan charm”. He could charm the skin off a snake – until his investors started realising this charmer may have a deadly secret.

Now Jaco Jordaan, the alleged mastermind behind a Ponzi scheme that pocketed him an estimated R100-million, is behind bars, after being denied bail in the Secunda Magistrate’s Court last week.

“The guy had a crystal ball; every question you asked him, he had the answer in place,” said Derek Smit, one of about 100 people in the Mpumalanga town of Kriel who invested money with the former estate agent from Heidelberg.

“He told us the money would be insured by Hollard, which never happened. He said it’s a big company and he’s the director.”

Another investor, Willie van Nierkerk, said: “If that guy talked to you and you had money, you would definitely have invested with him.”