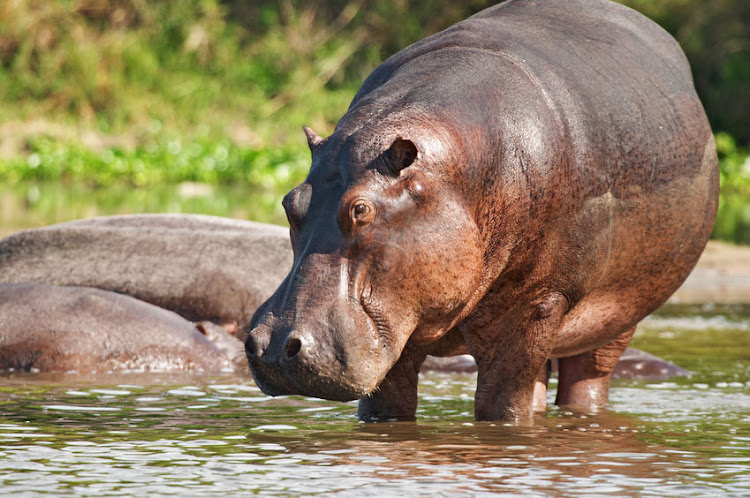 The paddlers were found in an area where there was no cellphone signal.
Image: 123RF/Dmitry Pichugin

A herd of hippos was responsible for the “disappearance” of eight paddlers on kayaks who were found after an extensive search at the weekend on the Fish River in the Eastern Cape.

Friends and family raised the alarm after the paddlers‚ who were dropped off upriver on Friday‚ failed to reach their destination on Saturday.

South Africa is the largest legal exporter of living wild animals‚ birds and plants from Africa to Asia.
News
3 years ago

“A farmer had gone to the original location where they had been spotted after a volunteered private fixed wing aircraft had spotted the group during a search earlier‚” said a statement by NSRI spokesman Craig Lambinon.

The farmer found all of the paddlers in an area where there was no cellphone signal. It transpired that they were cut off from continuing downstream by a herd of hippos and decided to stay put.

“All eight persons have chosen to remain on the river and not be escorted out by the rescue party. They are all adults reportedly from East London‚” said Lambinon.