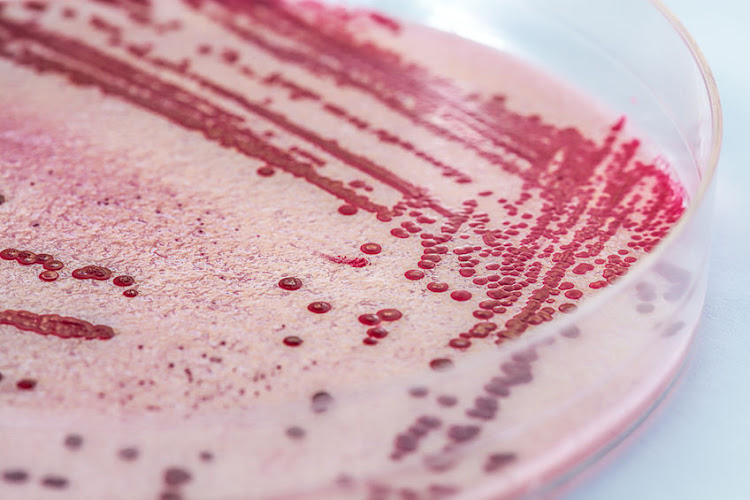 Nine days ago‚ as Bonjie witnessed the televised revelation that the Enterprise factory in Polokwane was the source of South Africa’s massive listeriosis outbreak‚ she realised with horror that her food choices had “poisoned” her baby daughter.

“I raced to the fridge and took out my Mielie Kip (an Enterprise brand) chicken polony‚ Enterprise viennas‚ russians and ham‚ all bought from Enterprise’s factory‚ shop which is near my home.

"I used to eat those products every day. And when I was pregnant I craved them even more‚ not realising I was poisoning myself and my unborn child.”

Listeriosis cases are ‘pouring in’

“The cases are pouring in‚ and they are horrendous‚” attorney Richard Spoor‚ who announced the class action against Tiger Brands at the weekend‚ told TimesLIVE.

“There’s the 71-year-old woman who was living in an old-age home in Cape Town and landed up in ICU with meningitis in early February. She has been left quite impaired. She tested positive for listeriosis and so did the Enterprise polony which was found in her fridge.

“A woman in Hammanskraal told us how she ate Enterprise polony while pregnant and her baby died soon after birth.

“And the father of a 26-year-old Durban woman told me how when she was seven-and-a-half months pregnant with her first child‚ the baby went into distress‚ was born by Caesarian Section in early November and died in ICU of meningitis two days later. A post-mortem revealed it had listeriosis.

“He told me the family loved polony.”

A call centre operator‚ 36-year-old Bonjie – which is the pseudonym she chose to use‚ not wanting to be identified – gave birth to her third child‚ a girl‚ three days before Christmas at a hospital in Polokwane.

Hers wasn’t an easy pregnancy.

She’d felt constantly unwell and in the later months she found it difficult to walk‚ developing a limp that she has still.

But her real nightmare began when baby T was just 18-days-old.

“She started having convulsions and when we took her to our paediatrician he immediately suspected listeriosis. A blood test confirmed it."

The baby spent the next 10 days in ICU‚ medicated with strong antibiotics.

“The doctors just told me she had listeriosis‚ and that she got it from me when I was pregnant. They never told me what was going to happen to her [in the future].”

The family found this out the hard way when baby T was six-weeks-old.

“We noticed her head was swollen; it looked too big‚” Bonjie said.

That’s when they discovered that she has a condition known as hydrocephalus‚ a build-up of fluid in the cavities deep in the brain‚ and a common condition in babies who contracted listeriosis in the womb.

“I’ve dealt with many such cases‚” says US attorney Bill Marler.

Marler has joined forces with South African law firm Richard Spoor Incorporated to file a class action lawsuit against Tiger Brands on behalf of the families of those who died after eating Listeria-contaminated “cold meats” processed at its Enterprise plant in Polokwane‚ as well as those who got listeriosis and survived.

Marler’s Seattle-based firm has handled thousands of food outbreak cases around the world in the past 25 years‚ with about $650-million being awarded to the victims and their families.

“In cases of babies with hydrocephalus‚ the extent of the impact the fluid had on the brain is usually not apparent until the child is around two years old‚ when verbalisation and other developmental yardsticks can be assessed‚” Marler said.

On February 19‚ baby T had a shunt inserted to drain the fluid and relieve the pressure on her brain. It was effective‚ but on Sunday night Bonjie noticed her head was beginning to swell again‚ and on Monday afternoon a brain scan revealed that the shunt was blocked.

“She’s was due to go back to theatre tonight to replace the shunt with a new one‚ but because I’d given her some milk in the afternoon‚ she can only be operated on tomorrow‚” a tearful Bonjie told TimesLIVE on Monday night. “But I’m so worried something terrible is going to happen tonight - her head looks like a balloon now.”

“This is really too much. And all because I ate that polony and stuff.”

Listeriosis: Tiger Brands to face class-action lawsuit 'within next 2 weeks'

Victims of the world’s biggest listeriosis outbreak plan to file a class-action case against Tiger Brands within the next two weeks, according to a ...
Business Times
4 years ago

Tiger Woods fell short of an 80th PGA Tour title on Sunday but still gave adoring fans a thrill late in the final round at the Valspar Championship.
Sport
4 years ago

South Africans may have been eating contaminated polony from the Enterprise factory in Polokwane for more than a year before the deadly listeria ...
News
4 years ago